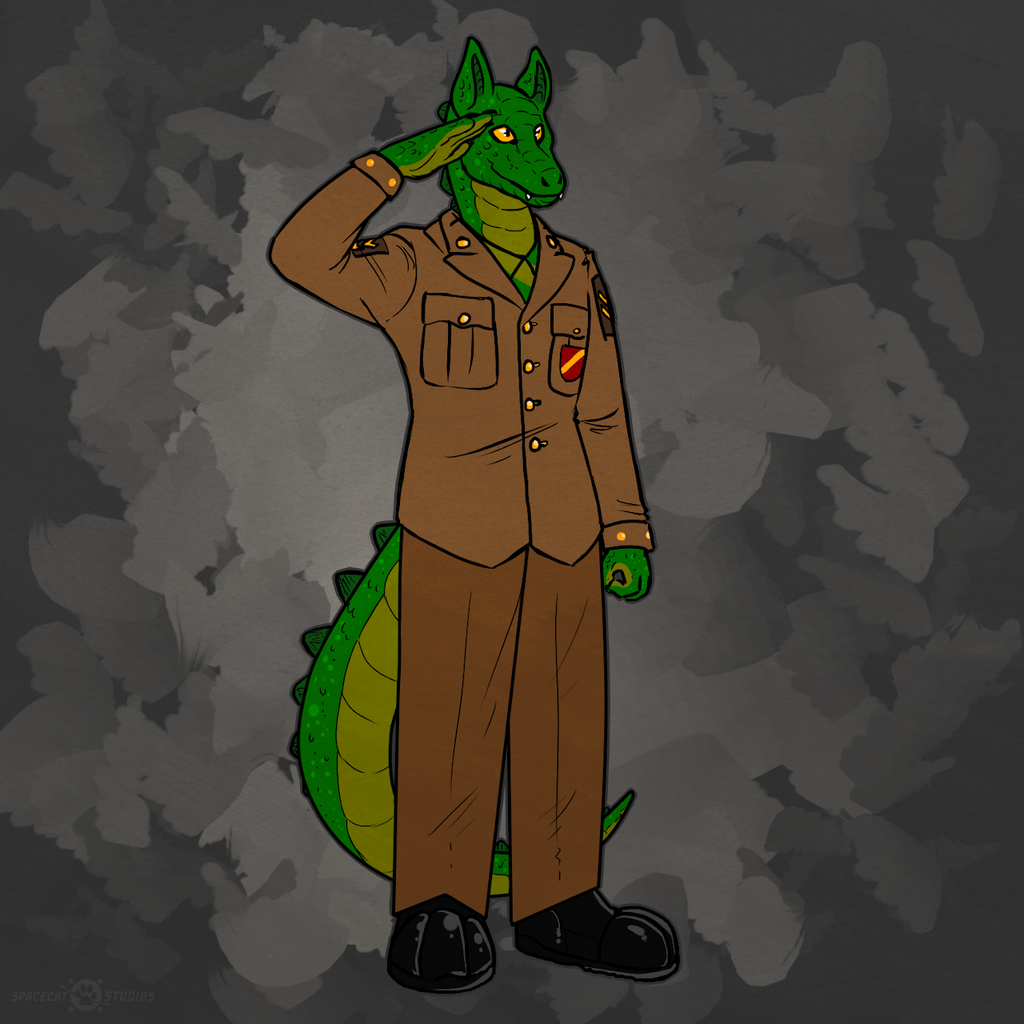 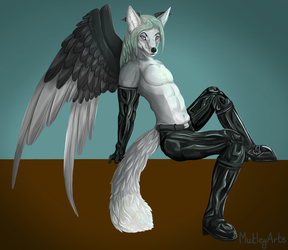 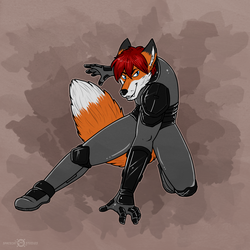 Here's another awesome Patreon piece from

, an explorer from a research team belonging to the Drakaan space force.
Someone asked why they're wearing something like a Naval uniform more than a flight suit as would be more practical in space - this is, at least in part, because they're marooned on an Earthlike planet rather than actively space-faring.
For more details see the concept art here: https://www.weasyl.com/~tapewolf/submissions/1871387/dragon-sprites-and-concept-art-old-art

I'm not sure if this one is a guy, a girl or something else entirely - it simply wasn't relevant to the game design. I am veering towards reverse sexual dimorphism because having both (or more) genders looking similar means less sprites are needed in the game.

I'll link to Keetah's higher-res version when she uploads it on FA. EDIT: https://www.furaffinity.net/view/35360198/