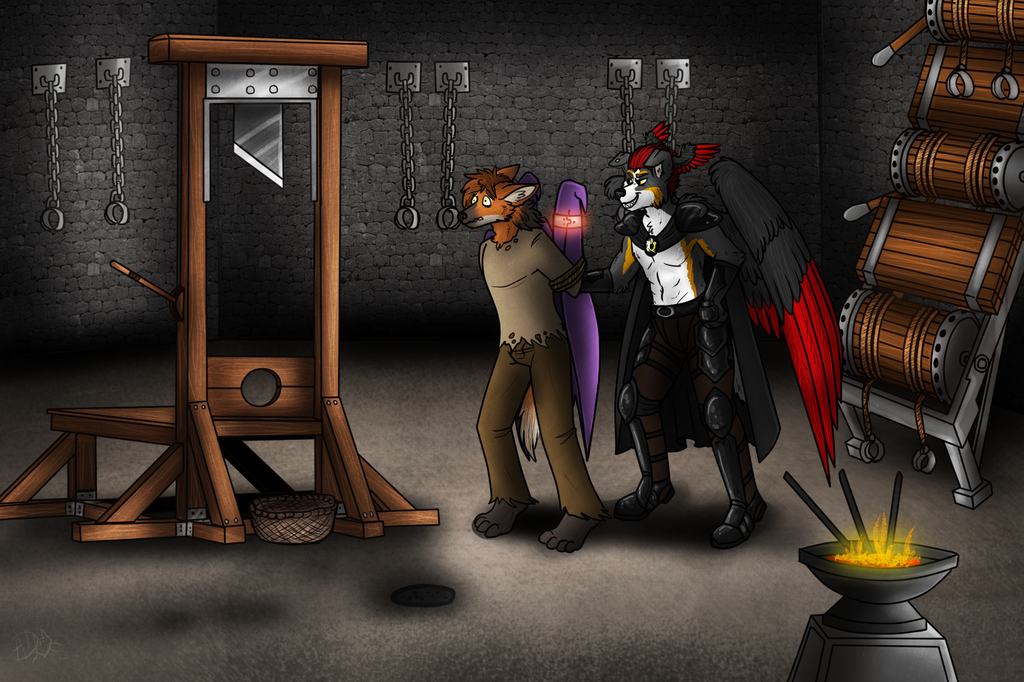 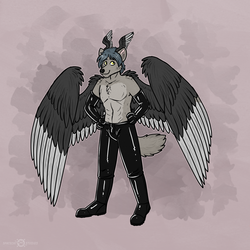 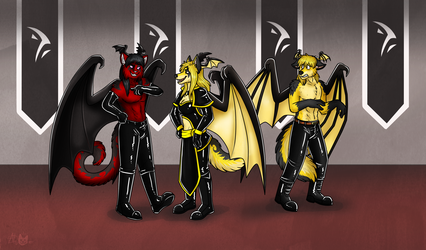 In the distant past, Daryil was a lot less fun, and a lot more vicious. Let us go back to the dark age of the Second Book of Tenets (which was bound in the hides of his victims) when Daryil was ruthless and amoral.

In 'Cubi terms, a clan-leader is a super-powerful incubus or succubus who has ascended and become a higher life form. They are magically bound to their descendants and are able to communicate with them and if necessary, force them to carry out the leader's will.
Daryil was not one of these (then) and maintained his position as leader by force. Paranoid that another might arise to dethrone him, he instigated an inquisition whose chief task was to find and interrogate those who might become threats to him. Chiefly these were his own descendants, since the realm he had conquered largely consisted of Beings whose thoughts he could read anyway. Rumour has it that the inquisition still exists to this day, but Daryil has forgotten about it.

So. This commission shows the inquisitor interrogating a Maned Wolf (either a wayward Daryil member, or a Demon).

As per 'The Name of the Rose' the first step the inquisition carries out is to show the victim the Instruments of Persuasion, so they know what will happen to them if they don't cooperate.

As an incubus, the inquisitor is able to read people's thoughts and emotions. In the case of a regular Being these are usually pretty transparent. In the case of another 'Cubi, or a magical creature such as a Demon, they may be able to shield their thoughts or create false ones to mislead the thought-reader.
Torturing a person to extract a confession won't work, since they will say any old crap to make the torture stop, true or not. Instead, it is to force them to lower their mind-shield, so that the inquisitor is able to see the truth.

Hence, if the guy recants his heretical thoughts against the Lord Daryil, or is found to be innocent, he may get out of this relatively unscathed. If not, the inquisitor will remove the threat to his Lord by removing the traitor's head.

This was drawn by the wonderful

. I feel a bit bad having this drawn on the same day Merlin showed Josef Svensohn in DHS Comix facing judgement after a messy death ( http://www.dhscomix.com/jcomics/jcomic.php?p=64 ), it feels somehow disrespectful, but on the other hand it turned out really well.

One day I will have a maned wolf character who has a nice time, but today is not that day.

The inquisitor previous appeared here: http://www.furaffinity.net/view/28312870/
...and was originally created by Merlin during the Book of Tenets comic series as a typical 'Evil Daryil' member: http://projectfuturecomic.com/tenets.php?strip=01

Keetah's original version is here: http://www.furaffinity.net/view/31178976/ (They are identical)