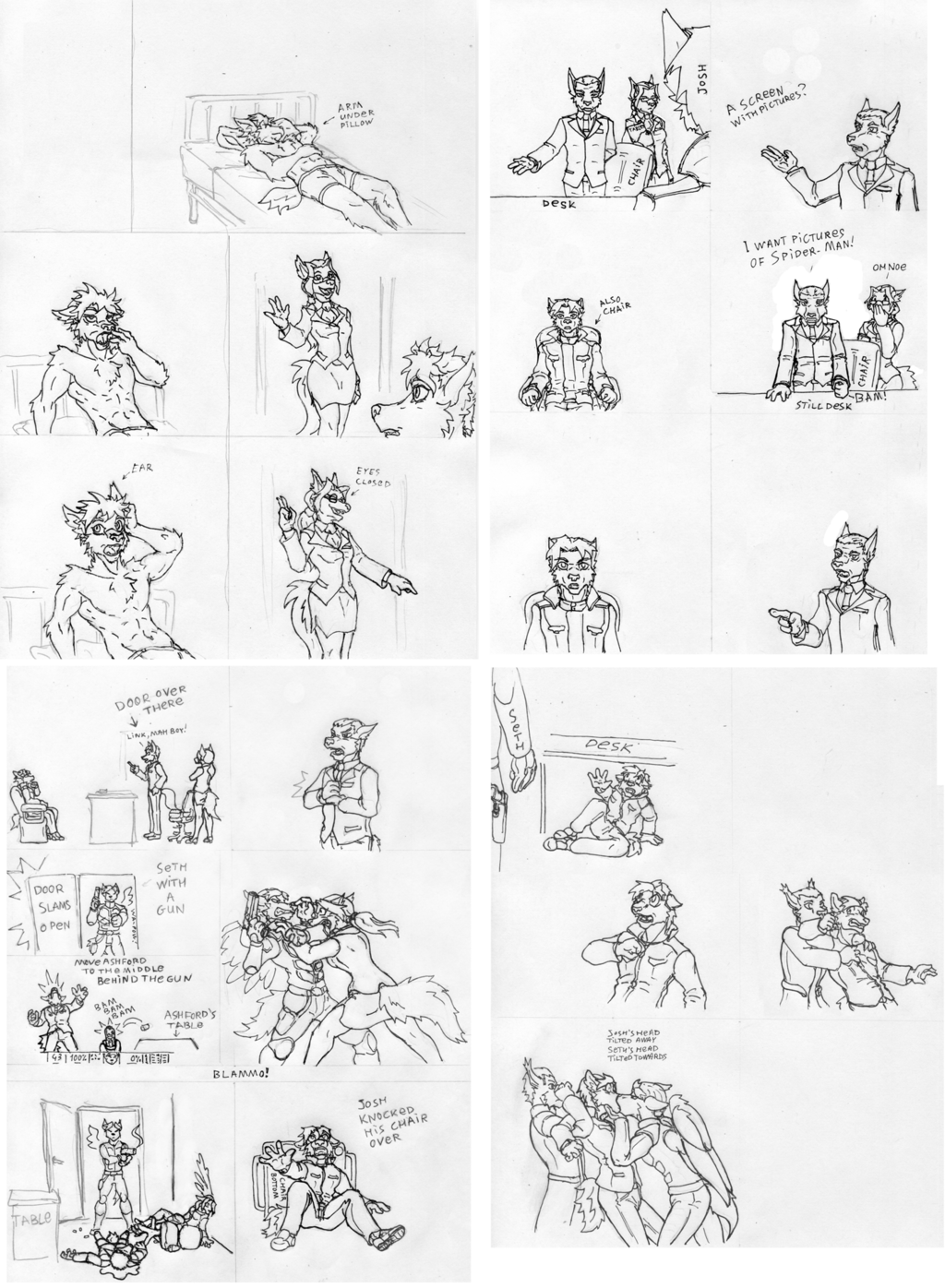 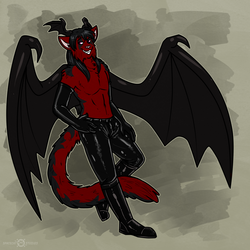 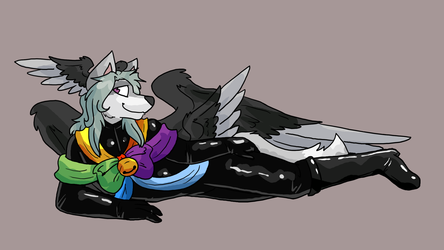 OK, so recently Project Future did this thing where we faked an 'It was all a dream' scene, by switching from Merlin's artwork to four pages drawn by Ren, who was the original artist when the comic first began.
As a big fat hint that something was amiss, we did I trick I have never seen done before, where we invaded the Ren-drawn scene with characters drawn by Merlin. Compositing artwork drawn separately by two artists was not an easy thing to achieve.

...anyway. The artwork Ren drew included the characters that Merlin would later overdraw so that she'd have a pose to work from. Since they were replaced with Merlin's character art, these have not been seen by the public at large... until now. I particularly like the annotations and gags, including the Doom status bar on page 3.

Lines by Ren. At some point I intend to colour his version of Sethir.