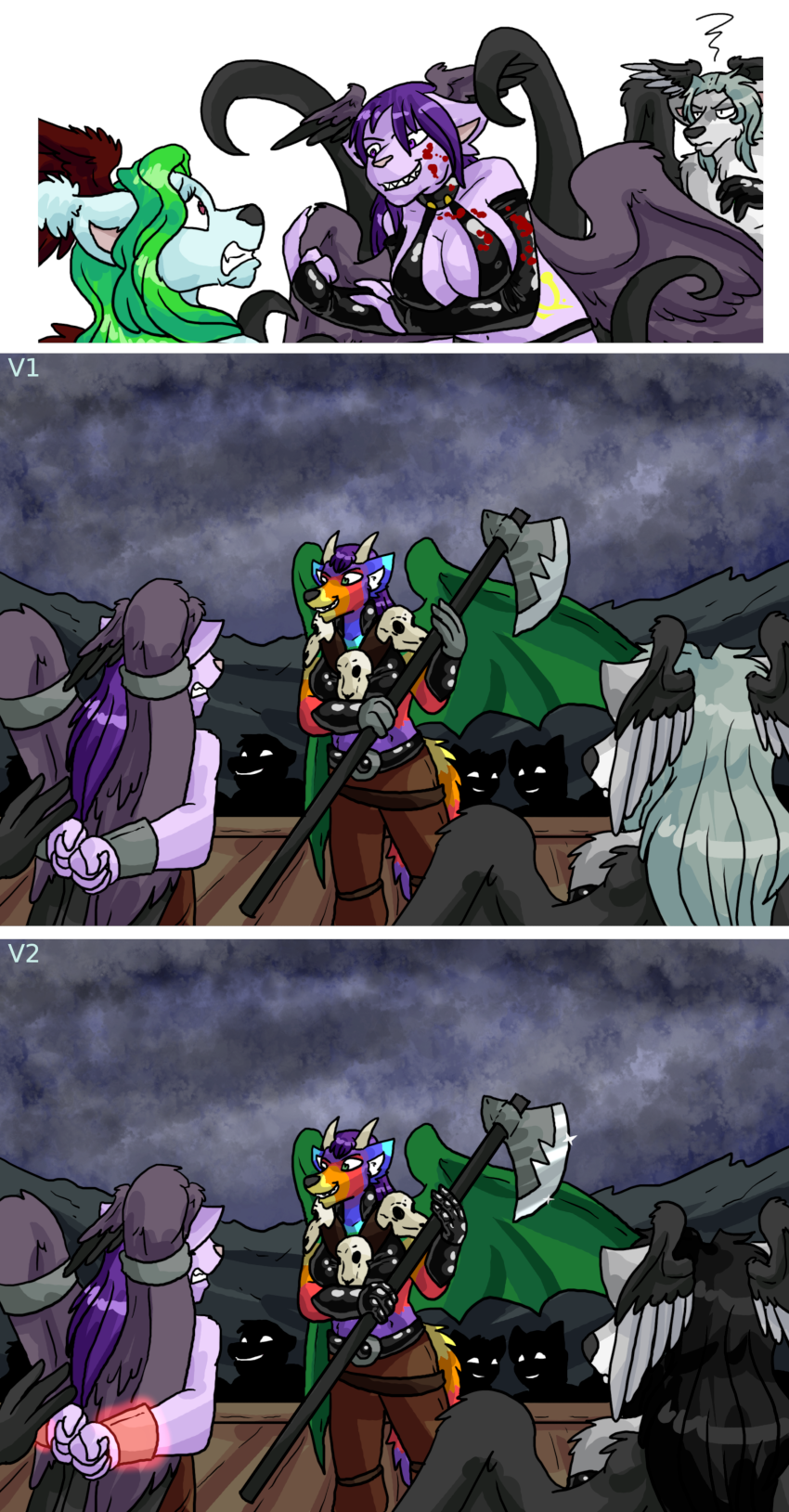 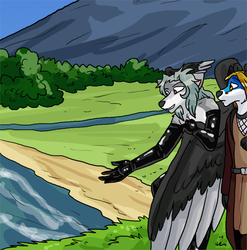 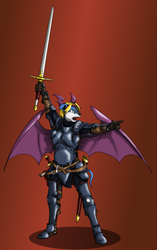 Since it's approaching Halloween again and people are starting to post macabre stuff, I figured I should get off my ass and post a detail from the execution scene we did on the previous page of 'Book of Tenets'.

One of the reasons Merlin grabbed the Book of Tenets project with both hands was because she saw the opportunity to draw lots of interesting cameos. So here's Mary, preparing to behead a wayward member of Daryil Clan. Daryil himself is watching the execution, either to send a stern message of "You've disappointed me so much I will not save you" or to order a last-minute reprieve. Even I don't know which, I guess we'll see in future pages.

Anyway. There was a bit of head-scratching involved in compiling this since it went through a couple of revisions. I stuck with the two main version, but also added an initial panel of the rogue Daryil succubus prior to her unfortunate death (or narrow escape).

The V1 panel shows the art as delivered by Merlin. Mary is wearing shiny black bracers, but her hands are grey. This was a bit of a head-scratcher since Mary is a walking rainbow. So I changed it so that she had shiny black metal gauntlets. Merlin later mentioned that the idea was she had black metal bracers and leather or chainmail gloves, but I went with the gauntlets anyway.
Other changes I made, aside from my usual adding the bracer glow effect, were to polish the axe, and also to make Daryil's hair black. This made it a little harder to identify him as Daryil, but it does give him a more sombre appearance given that he is about to watch one of his own kin face justice for murder.

...I think it just about scrapes in as General since there's only a small amounts of blood splatter, and we don't actually see the execution occurring. I can change it if need be.

Artwork was done by

, with alterations by me.