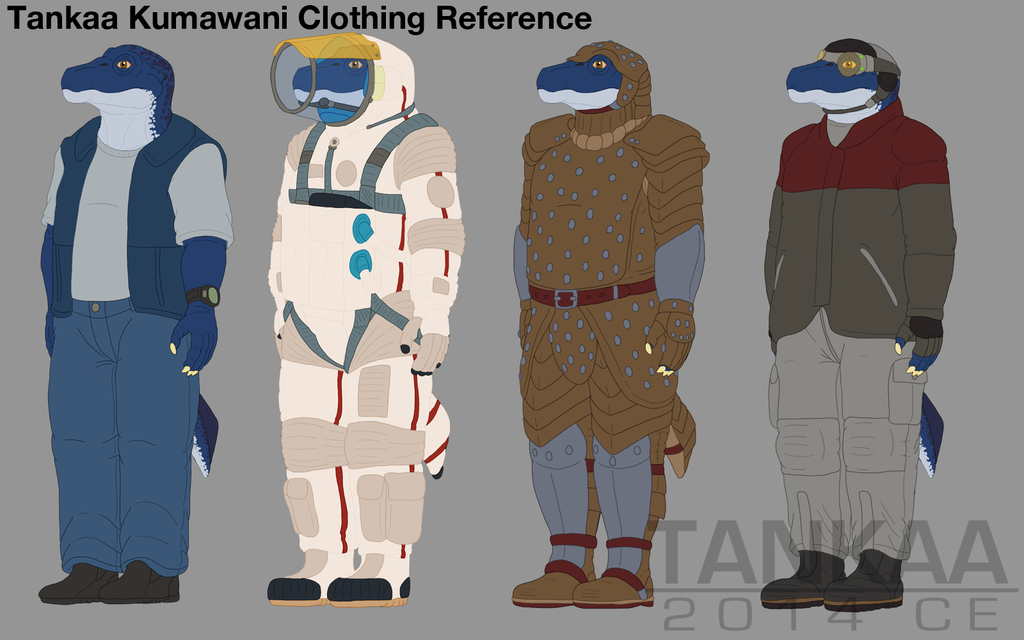 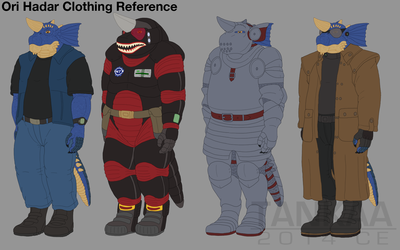 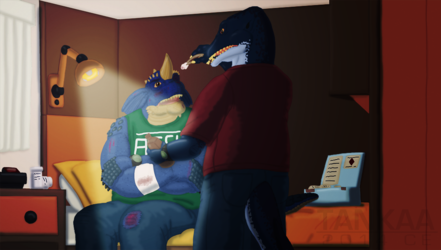 Street Clothes: Standard early information-age clothing, composed of various natural fibers and synthetics. Some say that the vest is a Columbia Catherdral Peak fleece vest, others differ in opinion.

Studded Leather Armor: Tankaa's armor of choice for Missions to Fantasyland. Hardened leather with metal studs over a quilted cloth gambeson. It's not as durable as Ori's full plate or glorified munition armor, but it is much easier to move in.

Much like its companion piece, it was one of those many things that spent the summer on the backburner. I had the redlines finished ages ago, but didn't make any progress on it until last weekend.