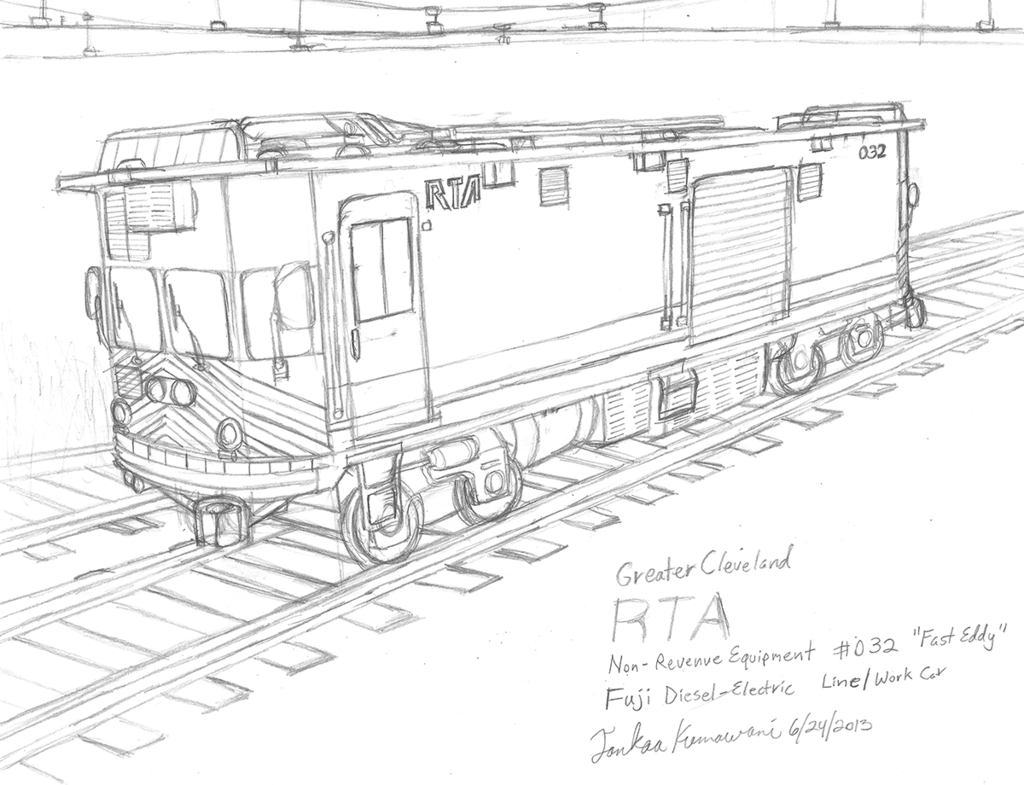 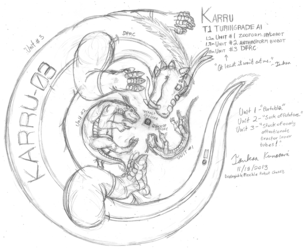 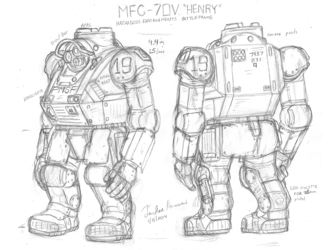 Whoops, I forgot to upload this sketch during the summer, but here's a little-known member of the Greater Cleveland Regional Transit Authority non-revenue fleet, a Fuji Heavy Industries Diesel-Electric Line Car. A soot (or graphite dust)-coated toolbox (with spools of phosphor bronze contact and messenger wires) on wheels, with an insulated work platform and geometry check pantograph on top. Notable for its hilariously incompatible electrical system that really should operate at 600V for the sake of parts commonality. That pantograph is for testing the geometry of the overhead, and isn't hooked up to anything.

During my time at RTA, I had the rare chance to ride in it on a Saturday inspection of construction work and the overhead lines a short distance east of Cedar-University Station on the Red Line. I spent the afternoon and evening passing tools up to the crew on the roof while my normal supervisor fought with balky relays in a nearby signal bungalow. Little did I know that I'd become all too familiar with the trackage between East 55th and Cedar-University when walking track for tie and gauge inspection in August. (Also, "Fast Eddy" was written in the dust inside the car, so that's what I'm going to assume the nickname is.)

The perspective on this image is a little funny, so I was reluctant to upload this around the time I drew it.

Here's a photo from Flickr of the other side of the line car, with its engine access panels open: http://www.flickr.com/photos/fan-t/6203329782/in/photostream/ Doodlebug!