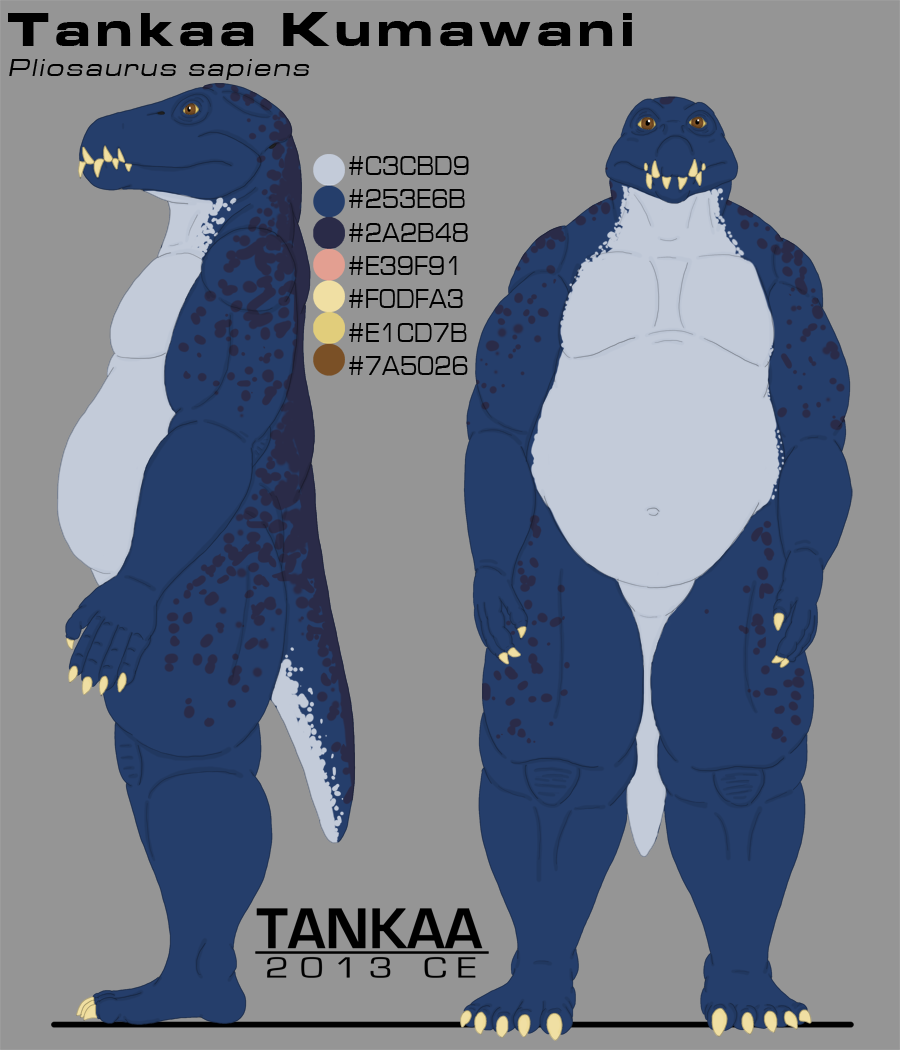 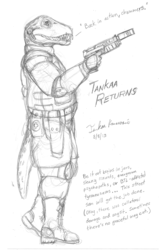 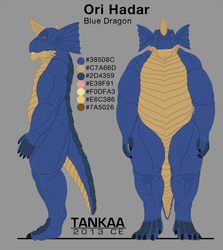 Yep, that's everyone's favorite flat-headed blubber butt, complete with new color scheme and revised anatomy. As a suit, it should take a bit less padding and prove a bit more mobile, in addition to being able to fit into most of the things Ori would be able to wear. This is important because *drumroll* I'm switching him over to Ranger from Samurai, and from the daisho and odachi to a more sane arming sword and heater shield. (Possibly a crossbow with LARP bolts, too.)

We can only assume that the original version of Tankaa was killed by a Mr. Barth, considering the massive changes in the character's design to something resembling both the comedic VR version and the actual version of the character. It was a "best effort" replacement body due to the lack of a health plan and the original Tankaa not being well-suited to the adverse conditions of Black Rock. (He was able to get another posting not too long after...) Or this is just a version of Tankaa who dimension-jumped to take the place of his fallen predecessor, much like Ori is known to do.

This took a lot longer than it should have. Between my work schedule and a bad case of art block, I couldn't quite seem to get him to look quite right, and struggled with the suggestions of a few other artists. It was worth it, though, I feel like I'm entering a new era of artistic progress and leaving some of my prior baggage behind. Next week, I'll be posting more detailed drawings of his head and facial structure, pliosaur jaws are a bit oddly shaped compared to those of crocodiles.