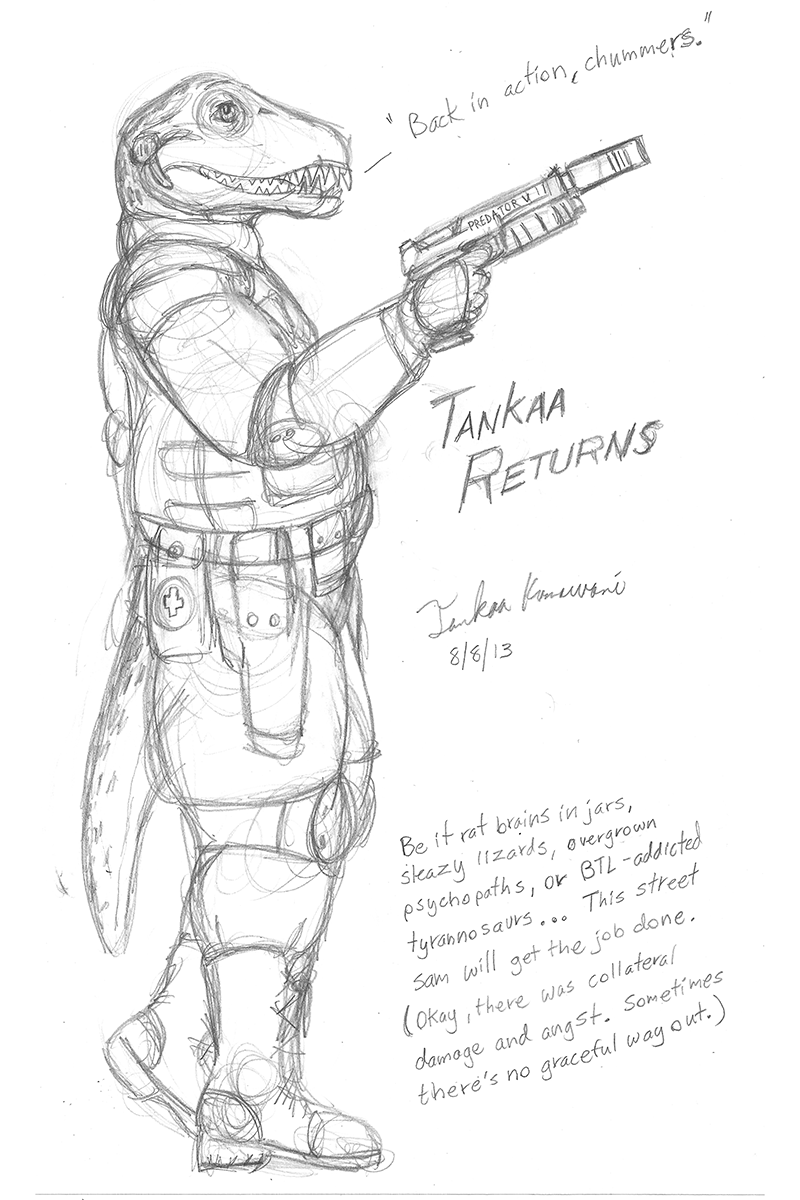 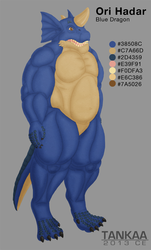 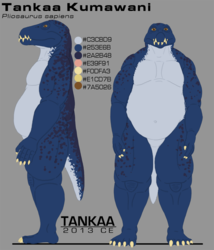 (Will eventually be scrapped, once I have a color version together)

Because it's okay to be a little facetious about the events of the past several months. They've been rougher than expected. Considering what happened to Old!Tankaa at the hands of that security goon...yeah, out with the old, in with the new.

No, I'm not playing Tankaa in the Fifth Edition of Yeah That Game, With The Jogging In The Darkness And Cyber Punks. When the SURGE rules come out, though, there will be much hilarity if Marc Okrand's eventual replacement turns out to be this toothy bozo. (On the other hand, knowing the GM and their attitude towards furries, it would probably be Quite Unwise.)

At least he's somewhat more willing to geek a few slots for some nuyen. Being stuck at Black Rock for several months made him somewhat more violent. (Or perhaps it was just from eating at Cafe Misato. The food there can be...indescribable.)