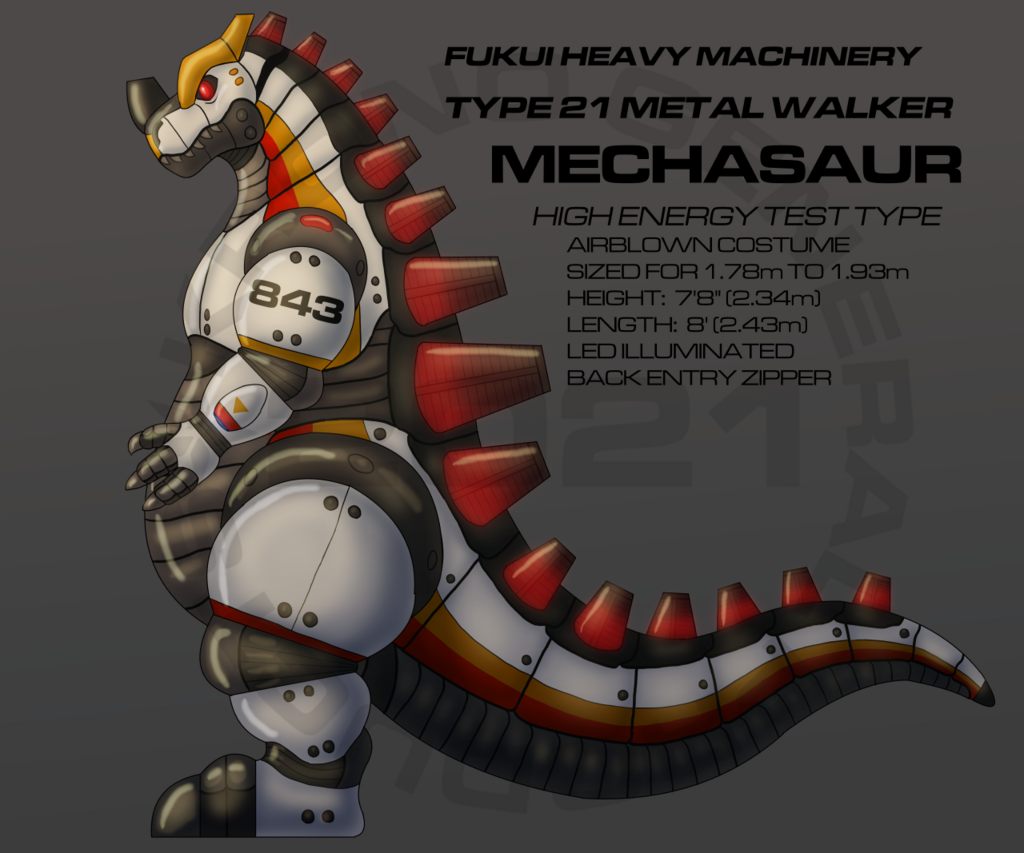 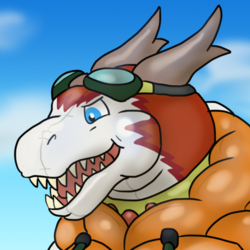 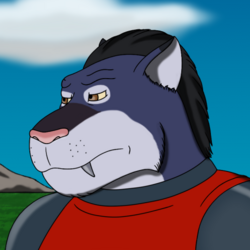 The High Energy variant of Fukui Heavy Machinery's Type 21 Metal Walker can best be described as "friend shaped" due to the changes forced by carriage of extra open-cycle coolant and a larger engine. In place of the standard model's kinetics, it sports a charged particle beam cannon in the body and a pair of tactical high energy laser emitters on the forearms. Armor means nothing in the face of such armament. However, this machine takes a speed penalty compared to its sleeker brethren and it turns slowly. Oh, and there's that nasty backscatter radiation from firing the particle beam...

An airblown fursuit. Something I've always wanted to experiment with, because it allows you to have a large suit without the logistical and thermal penalties of a heavy bodypod in addition to remaining soft and "touch safe." The ideal would be a hybrid design with a solid head that could accept OLED eyes and a moving jaw, while using an inflatable body that could be easily packed down for transport. I want to be able to move the arms, so I don't think the suit will be able to exceed 8' in height with its current proportions.

The design of this is essentially a combination of a Gomi, Jet Alone, and a Breda LRV (classic GCRTA color scheme.) Lots of LEDs would be embedded for glowing eyes, radiator fins, and marker lights.

"That's one big thermal signature right there. It's not a standard Type 21 Metal Walker. Watch out!"