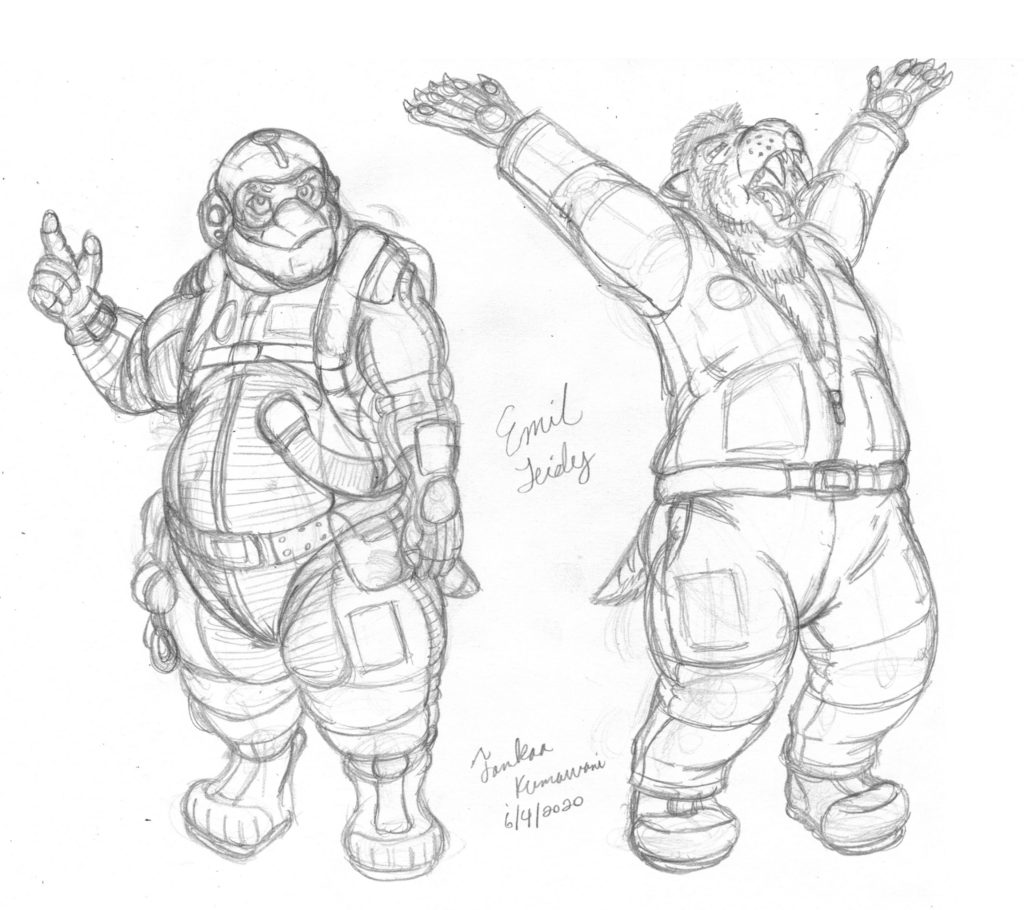 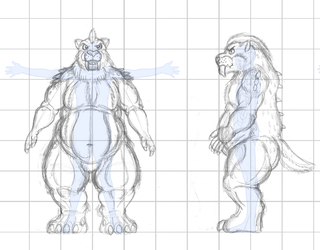 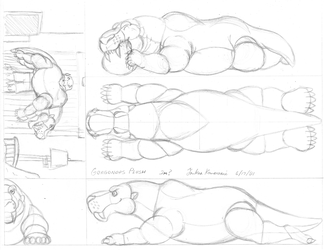 Some sketches of Emil before he gave up all hope of his career in the field circus (field service). It was possible to make equipment fit him, but having to feed his PLSS through narrow hatches first got old in a hurry. That, and the consequences of managerial embezzling and the cockamamie insurance fraud scheme meant that the old job didn't quite exist any more. So the heavily-altered Smilodon would go on to take a rather different career track more suitable for both the presence of grey-market boosts and his more imposing appearance...

I do wish I could make him look a little less cute, but that's a problem for another day.

Emil, Known Volume © of me