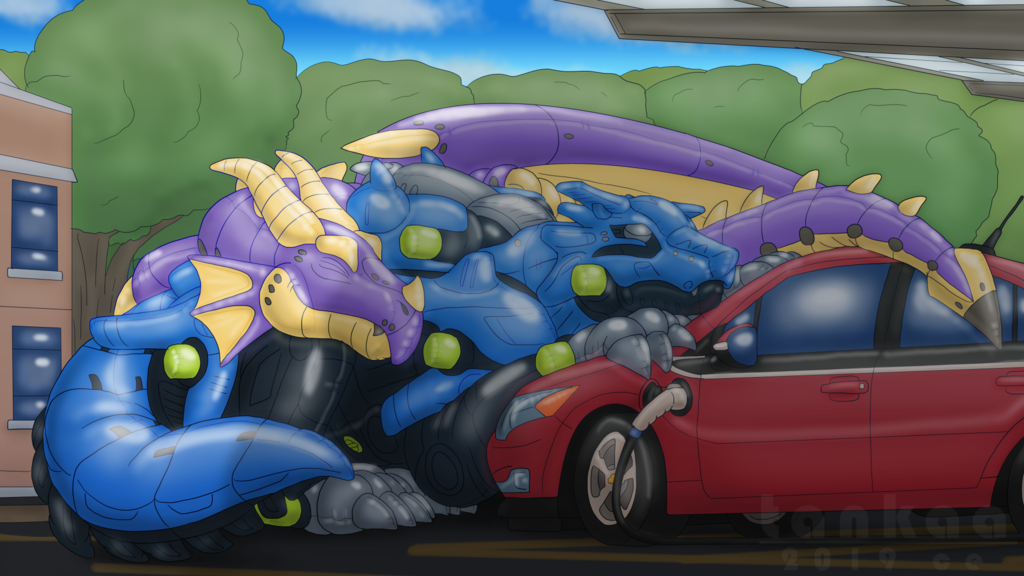 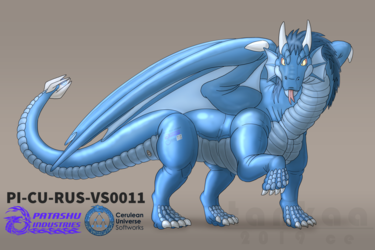 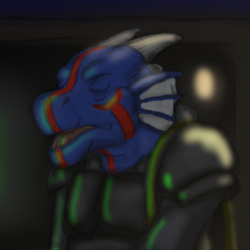 A commission for Weks featuring Patashu

Various machines sleeping under the solar panel canopy at the Unitarian Universalist Church in North Union, Scioto on a warm summer day. Generally there would only be one of several electric vehicles plugged into the free Level 2 EVSE but this time there's a sleepy Zoid and a mechadragon dozing away too.

I was thoroughly worried that I wouldn't be able to get a passable image out of this when working on the initial sketch. Both Hexa and Patashu threatened to turn into a mass of undifferentiated lines even though I had the model kit for the former as reference material. A picture of a pair of sleeping wolves on a rock outcropping was used as a reference, so I put something in on the right side of the image for both composition and scale purposes. Next time I draw Hunter Wolf I'll see if I can do what I did with the Murasame Liger and simplify things to a greater degree.

"I just had Red Midget II waxed, and now it's scuffed and has...pawprints larger than trashcan lids on the windshield?!"