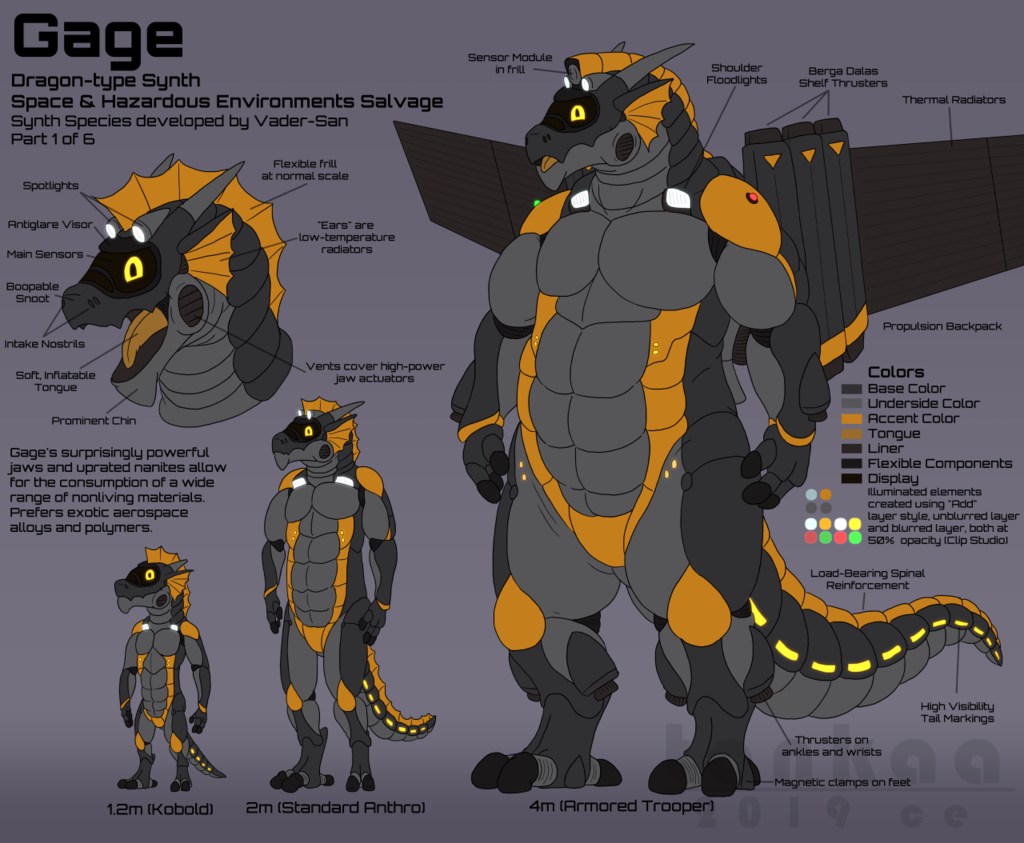 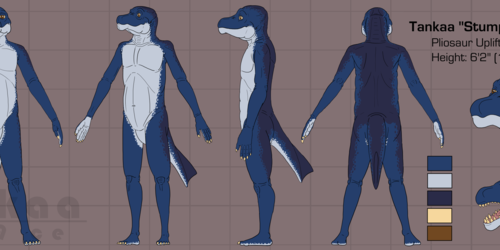 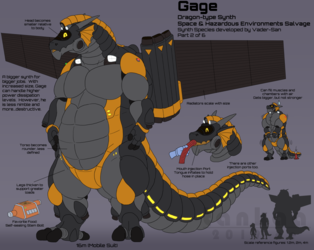 Part one of a six-part series. (Most of which are...not for dA, because I don't want to alienate the sci-fi group.)

This synth, Gage, invited Ori to his cruiser for a visit. Said cruiser was a near derelict won at auction that happened to be orbiting a marble (dead world) in a cinder system (barely inhabited due to a major conflict) with a flare star. There was also an awful lot of space debris, far more than one synth, a small droneswarm, and a drake in a Mobile Trooper could hope to clear or salvage in a timely manner. But without a spool of superconducting wire and capstacks, there was no way the cruiser would be able to jump out of system to be properly refitted...

Gage is a vacuum, temperature, and radiation resistant variant of typical synth chassis, with uprated assembler micrites. His squishy polymeric hide is typically matte charcoal grey with orange accents with amber marker lights on the tail. Given some time and feedstock (or a sufficient supply of nonliving materials), he can dramatically upgrade himself with a wide range of modules and tool limbs. In addition he has an ickle kobold-sized version of his normal body. Squee. * ahem -Ed.* The "wings" on his backpack are not lifting surfaces or solar panels, but radiators for an upgraded power core. (I'm not sure what it is, I know the 1.2m and 2m versions have batacitors.)

This was an unexpected way to break out of art block (and my normal comfort zone), especially with how things ended up. I struggled with trying to make him distinctive, when Kobalt offered a few hints for things I could do to both amuse . After that, it was off to the races. I might go back and color, shade, and reorganize these if I feel sufficiently motivated or there's money involved.