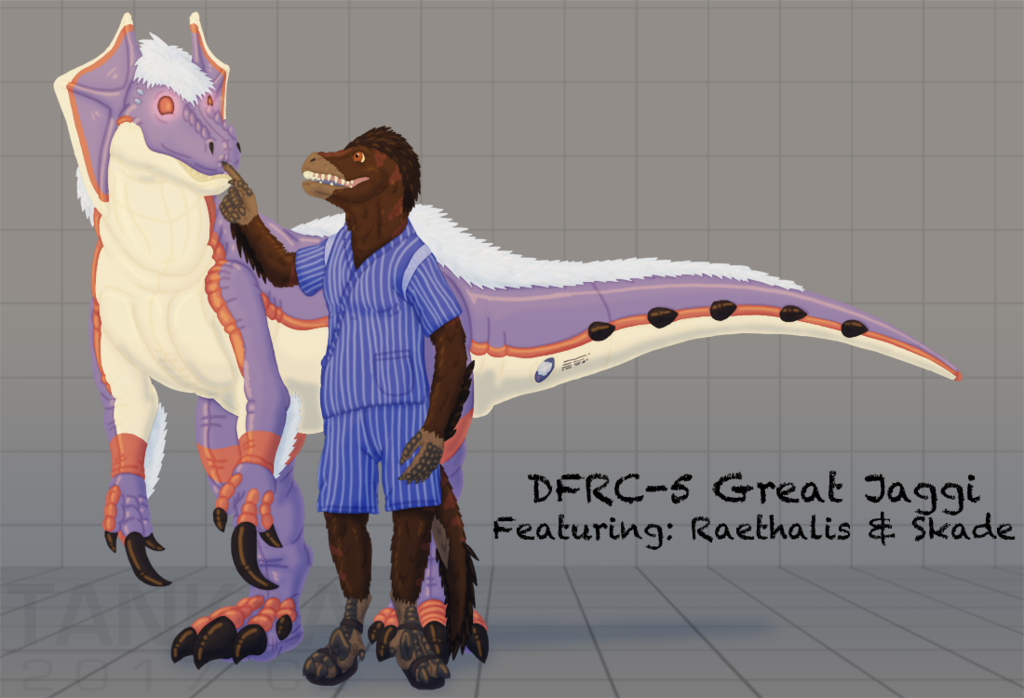 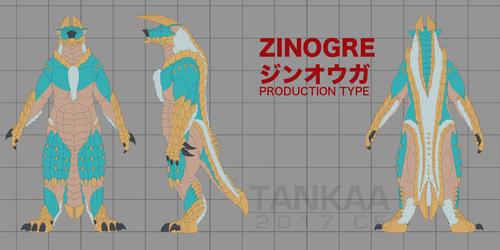 The Great Jaggi is the warm-up boss a lot of players will encounter in the MonHun series, and Monster Hunter Live G (Presented by Between Worlds Entertainment, with DFRC technology produced by Karoo Light Polymer Inc.) is no exception. On the plus side being a lot smaller than the other monsters has some advantages, including not running afoul of municipal regulations on the use of DFRC units outdoors and fitting within the autofac budget of most hab residents.

Due to a series of incidents involving the Sentient Engine Liberation Front, a good number of the DFRC units from the Monster Hunter Live G Live-Action Combat Game were rendered sophont. While their existing directives remain in force, they can develop beyond their original programming and act in unexpected ways. This can lead to all kinds of crazy incidents, ranging from a spontaneous outbreak of disco with Shagaru Magala, a Najarala becoming an EMT, a female Lagiacrus with a bad case of shipping goggles, and that notorious Rathalos couple.

TP is somewhat cursed. He's spent more than a few periods of time held together with space tape, nanopaste, and hope...then once got reduced to little more than an optronic data backup slug before finally getting a new body. When the contract with BWE is up, he's seriously considering something a bit more rugged...

Skade is just ridiculously tall. Ori is a full head shorter than she is! I took a slightly different direction with her design, she's usually lacking in feathers and has slit pupils.

Artwork © of me
TP © of Sylxeriasylxeriaguardian
Skade © of creatureneer
Great Jaggi, Monster Hunter © of Capcom

"You let your feathers grow out?!"