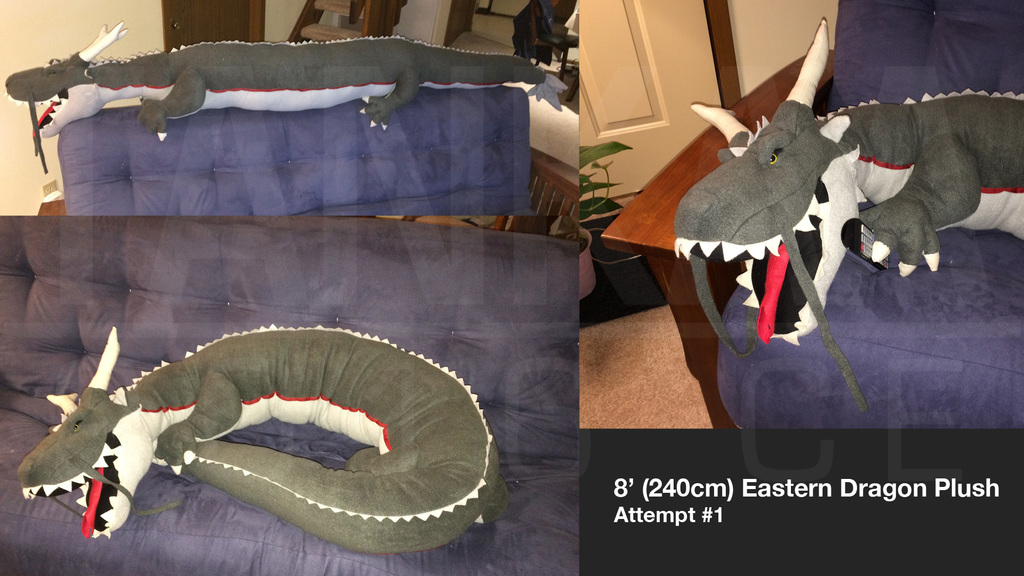 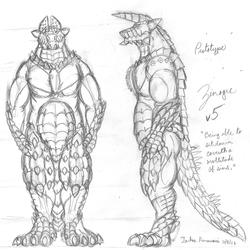 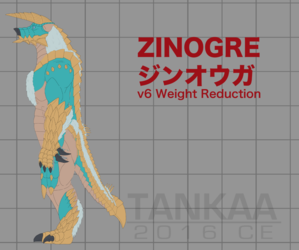 Success! Mostly. There are a few odd spots and dropped stitches here and there, I'll fix those before I send it off to its new home in a flat rate box along with various other goodies.

It's kind of an udon noodle, so it's not as bendy as I thought it would be (stuffing it hastily for the pictures didn't help, it could probably use just a little less stuffing in the body. A bit over four pounds or two kilograms should do nicely.

All I had at hand this time around was fleece and felt, so that's what we're getting right now. It would be great if someone knew of a good supplier for faux fur and minky.

This is a little break from work on Project Zinogre. Hopefully I'll be able to get that back in gear and start sometime in December after I've made 2-3 more dragons.