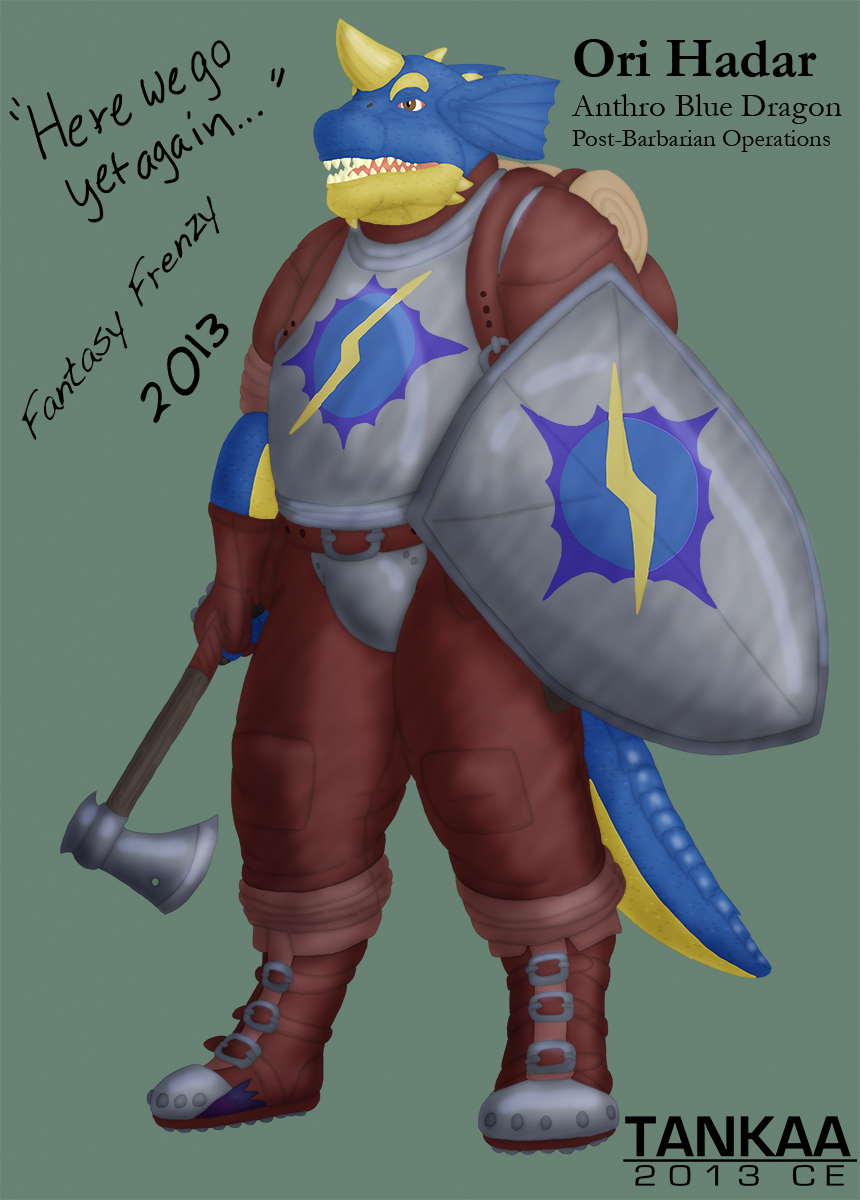 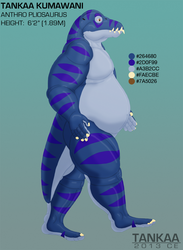 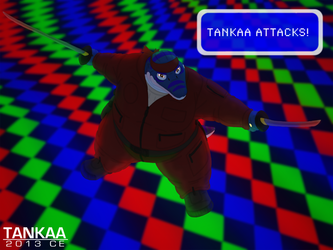 It seemed like a good offer, and was the best way of getting as far away from the repercussions of resignation as he possibly could. (Tankaa wasn't quite capable of escaping from a very angry unpaid intern who tracked him down and ended up having to be extracted by an Azorean operative.) Unforutnately, adventuring in a Dungeon Punk setting with a group called the Neurotic Scones could be going better, they've crashlanded a few star systems short of their destination on a rival corporation's mining claim, ended up in a fight with the Guardian of the Western Forest (Considering what Ori escaped when he resigned, he wasn't quite amused to nearly have it happen to him again. Really, he did almost get eaten by a tyrannosaurus, and had one player not turned up in time and killed it, he would have died!), and then proceeded to get captured by Venators along with the rest of the adventuring party, setting in motion "The Quest for Ears."

Poor Ori, it's not quite noticeable in this picture, but he's been drawn with droopy mood semaphores a lot lately. Stuff just doesn't quite seem to go his way. Could be worse, though, he's managed to stay in positive hit points so far...

Ori Hadar © of me