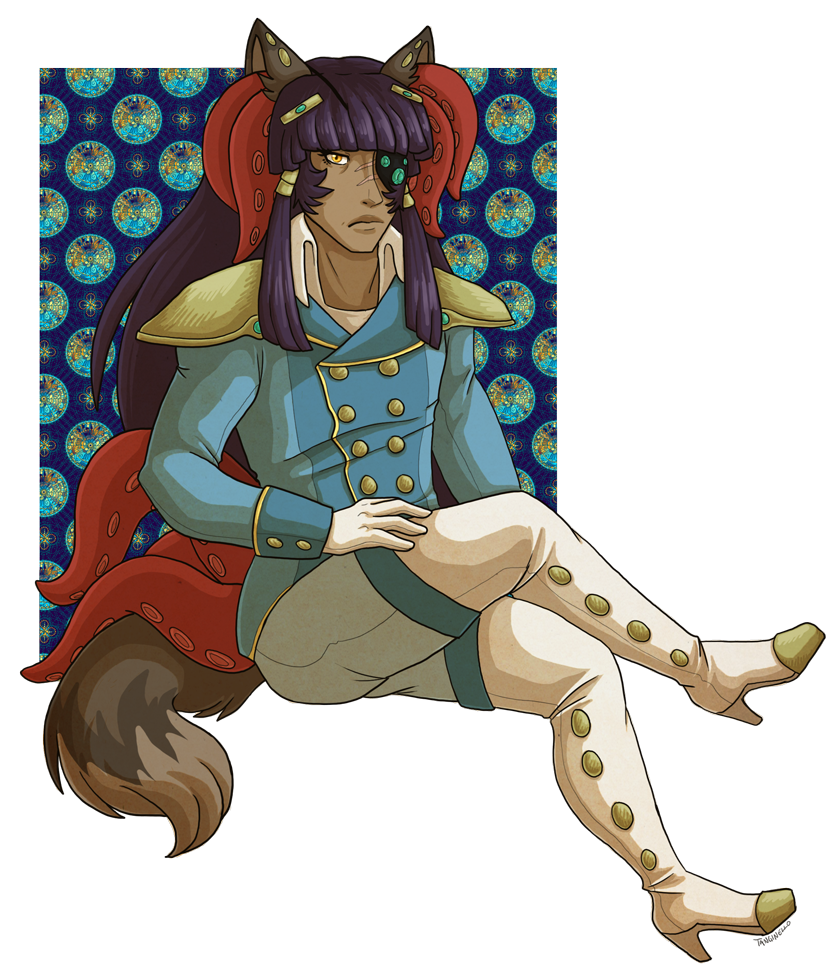 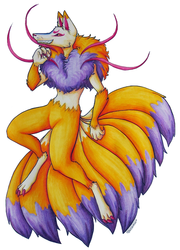 Whoops, I've been sitting on this one for awhile. Originally I saved this because I wanted to write up a bit about the character before I submitted it and then I... kinda forgot I had drawn this at all.

ANYWAYS, my beloved Tarecth (species by Hackwolfin), Basir. He's super straight-laced and comes across as really intense, though he's actually kind of sensitive.

He works for a private mercenary group. He was heavily injured during a routine security detail that went awry and managed to survive only due to incredibly competent field medics and the impressive regenerative abilities associated with being a Tarecth. He was promoted following his recovery and now cheerfully spends his days doing paperwork and striking fear into the hearts of less thorough lower officers.

He is convinced his left eye grew back "a little weird" and keeps it covered when he is around other people. No one has actually seen his eye since the incident so they just sort of take his word for it. Everyone buys him eyepatches as gifts now so he has a lot of choices when getting dressed in the morning (prior to the eye weirdness, everyone bought him ties.)

Healing took him forever due to the extent of his injuries and in that time his hair grew out. He got so many compliments that he decided to keep it that way.

And I guess that's all my weird lil notes for now? It's sort of rare for me to type a lot about a character but I guess I just want to show him off a bit.