The Call of the Spirits by Symbolhero 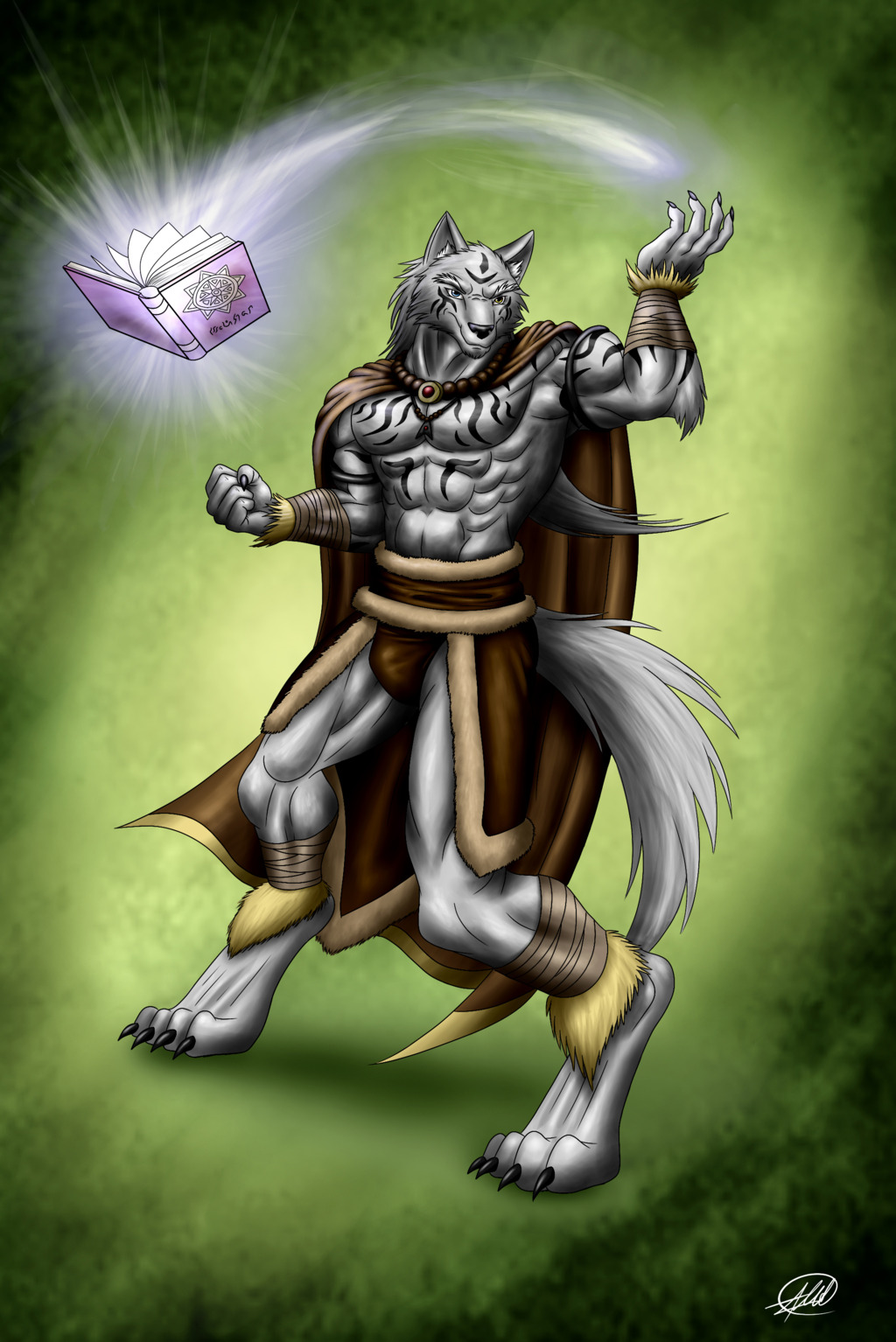 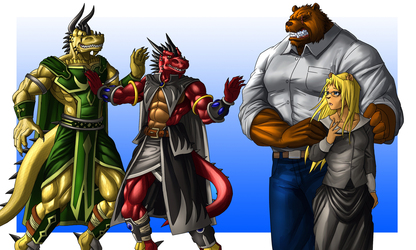 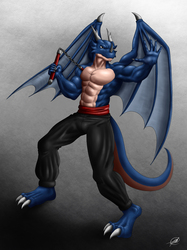 The Call of the Spirits

I didn´t expect that I´ll finish this that quick in the stream XD Guess I was inspired heheh.

Anyway, this is an old character that I drew 5 years ago, here´s the first pic of him:

This is Silver Moonlight, the only wolf from the Lumiros tribe who can cast drakanian magic arts, same as Asaf Light. As you can see, he also has a yellow eye like Asaf, which means that they poses the power to cast magic like a drakian.

Silver is more focuse on the call of the spirits from the spirit realm. They call them with his Krestia and his mind, carved the spell on his book and use it as the link between the living and the spirit world. The spirits takes the shape of all kind: light, dark, fire, etc. They respond in Silver´s call to aid him and became their power.

That book Silver has used to be an ancient book in which the Black Drakanians used to seal evil creatures and changed into souls to seal them away.

Gran Maestro Erioh, the red one http://symbolhero.deviantart.com/art/The-Three-Grandes-Maestros-285348226?q=gallery%3Asymbolhero%2F743367&amp;qo=117 was the one who gave him the book and also, the one who teached how to use Drakanian arts, and by that, he was able to show Silver how to turn the evil souls into pure and innocent ones and by that, they help Silver in battles.

Although this aspect and pose, Silver is a shy person, he gets nervous when he´s close with important people like the Grandes Maestros or Orion XD But when it´s required, he gets serious to fight in order to protect those who cares the most.

Something else, this is the first official wolf character that I did thanks to wolflsi So I dedicate this pic for him. Although I haven´t heard anything about him, no faves of any pic and artist, no messeges, nothing, like a year moreless. I hope he´s ok.

Well then, enjoy it ^ ^ Is good to draw him again XD

And for last, I want to thanks

reptilecynrik for helping me out with some anatomic aspects, you´re the best man :D