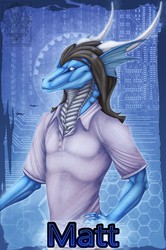 Teshkava armor, called Behemoths (in their tongue "Kahnasha"), is constructed mainly to be three things: Cheap, adaptable, and effective. Like Teshkava shipbuilding, these hybrid electric-fuel cell vehicles are highly configurable to a specific environment through ample room for field modification. Since it's inception on the drafting table, it was first and foremost designed for tweaking by behind the lines mechanics and field crews looking to try to best use their tank for the particular environment they're in. With this in mind, designers worked the idea that all configurable addons should tie into a core set of processes. This would allow crews to operate and move between them planet to planet and not having to retrain for a specific vahicle, saving critical time.

As for their manufactories, Teshkava manufacturing processes could be called quite traditional, with both organic workers in their State Service period work alongside robots work to complete these vehicles. Shown is an Teshkavan assembling the "Terrestrial Vehicle Behemoth - Fifth Generation" or TVB-5. This tank, given the nickname "Telshawa" after a Progenitor Commander in the AI war, is the latest tank. In it's factory form it's armed with a 120 mm Behemoth grade variable velocity cannon and two variable cone rapid fire cannon shooting flechettes at targets. The behemoth is also capable of continuing to fight even during EMP-like conditions (often called "degraded mode") thanks to redundant and hardened circuitry along with analogue and manual backups

Done by the amazing Kahze. Thanks so much man!