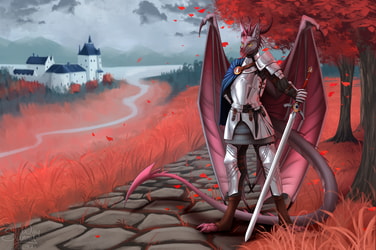 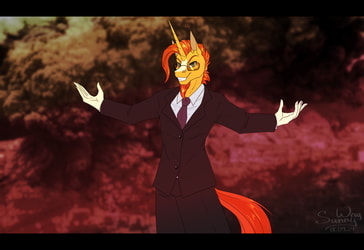 As you know, we are working on the Equis universe comic, "Justicar". We finished the first chapter earlier this year and so far there have been no updates. Why?

Comics are hard. Especially for those who take on something relatively voluminous for the first time. Our first comic will not be too big - about 100-150 pages. However, we want to make even such a small story competently and efficiently.

So we focused on the basics - scripts and dialogues. The original script has been heavily changed and shortened to fit into the short story format. We also have improved our knowledge of how to actually create stories in general in order to improve the quality of our own.

All this took time, but now we have a draft of the second chapter and a clear plan for the third, the final one. We have almost finished working on the environment models (backgrounds), which will help us speed up the drawing of pages.

If everything goes according to our plans, then we will start drawing the second chapter in November.

We still continue to postponing comic, because I decided to change graphic tablet. And it was... pretty long and and.. stressful. It takes 2 month! And only now I start working on new graphic tablet. At least we made the script and now we had a draft version of third, final, chapter!

Hard to not say about... money. Orders takes a lot of time and energy. They are more important than our personal project. With this money we can live, eat nice food and enjoy life. But we still trying to attract people to Patreon! Why? You can help us to find time for comics! It's easy - the more people decide to give us at least 1 dollar, then more free time we will have to make intresting lore illustration, create more comics and do a lot of interspersing stuff related to Equis.


Thanks a lot for your comments, likes, fav and watch! <3