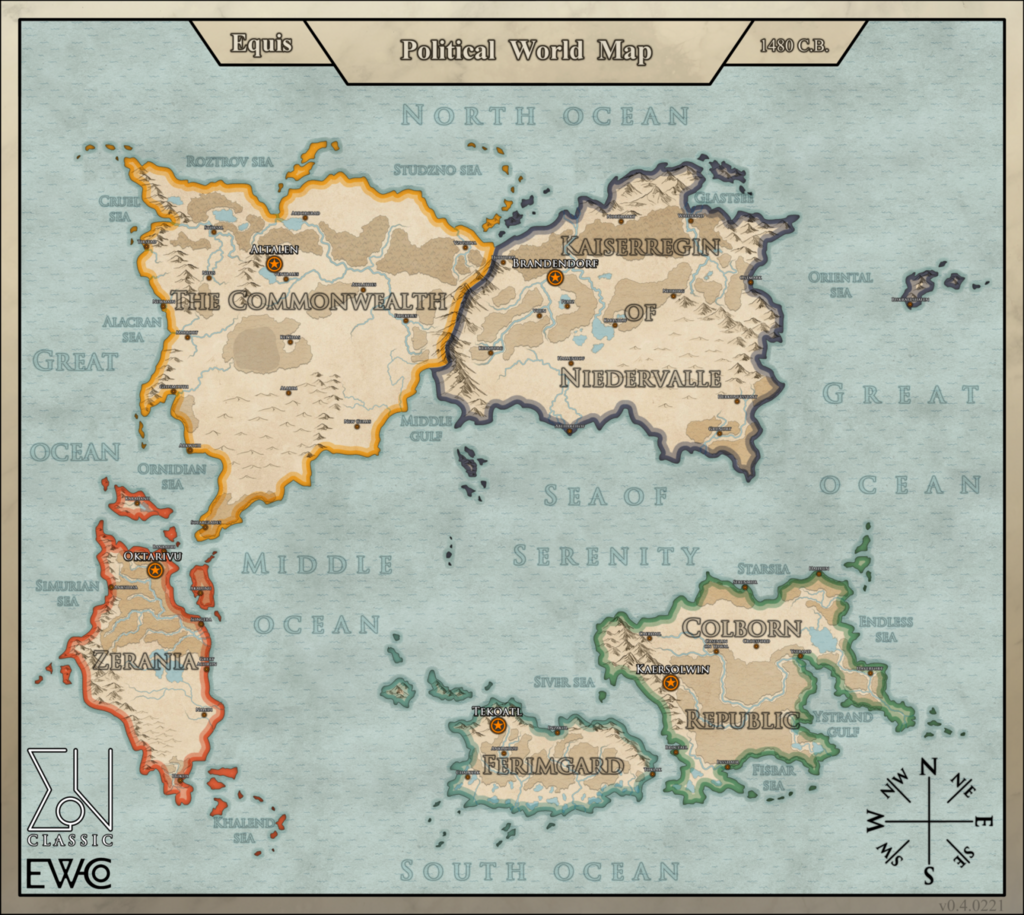 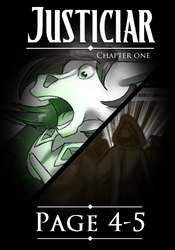 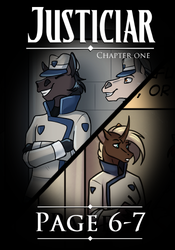 Equis map with names and borders, taking place in 1480 year of Commonwealth Beginning. Important note: this is not the final version and also less detailed.

As a setting, the “Classical” Equis is more sci-fi rather than a fantasy. Equis itself is an earth-like planet with vast ocean and 5 continents.

In “Classic”, the Equis is inhabited with four intelligent species: Equi, Alacorna, Ki’rinaes and Ferimgari. The equi, a varied folk of anthropomorphic horse-like creatures, is the most numerous and lives all around the planet.

The modern countries of Equis consolidated in federate-like and confederate-like formations. Usually such countries cover an entire continent or a half of it. There is five of them: The Commonwealth, The Kaiserregin of Niedervalle, Zerania (or Zeran Confederation) and The Arian Union, which includes Colborn Republic and Ferimgard.

More information coming soon, as well as more detailed maps for each continent.

Thanks a lot for your comments, likes, fav and watch! <3