Bart and Sholva by Strega 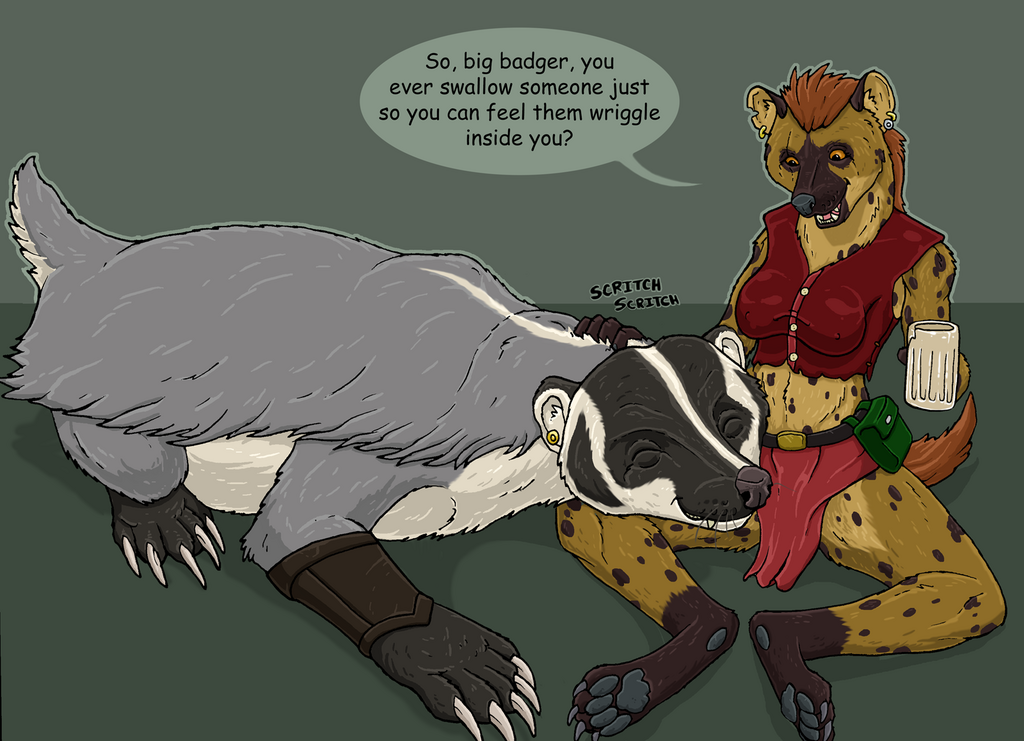 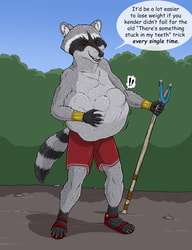 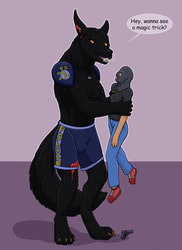 The latest visitor to the bar where Bart is a bouncer is a gnoll named Sholva. Most people think gnolls are ugly but Bart isn't picky about who he lets scratch his ears. When you're the only talking feral around you get used to being different from your friends and lovers.

Sholva is the third person to show up with a direct interest in vore: the hestan who he swallows partway feetfirst and then coughs back up, Raffery the rat who he swallows entirely and who relies on magic items to keep from being digested, and that jerk that provoked Bart into swallowing him and who turned out to have some flavor of Resurrection magic. Seeing him walk back in the door was a bit of a shock for a badger who'd been digesting him all day.