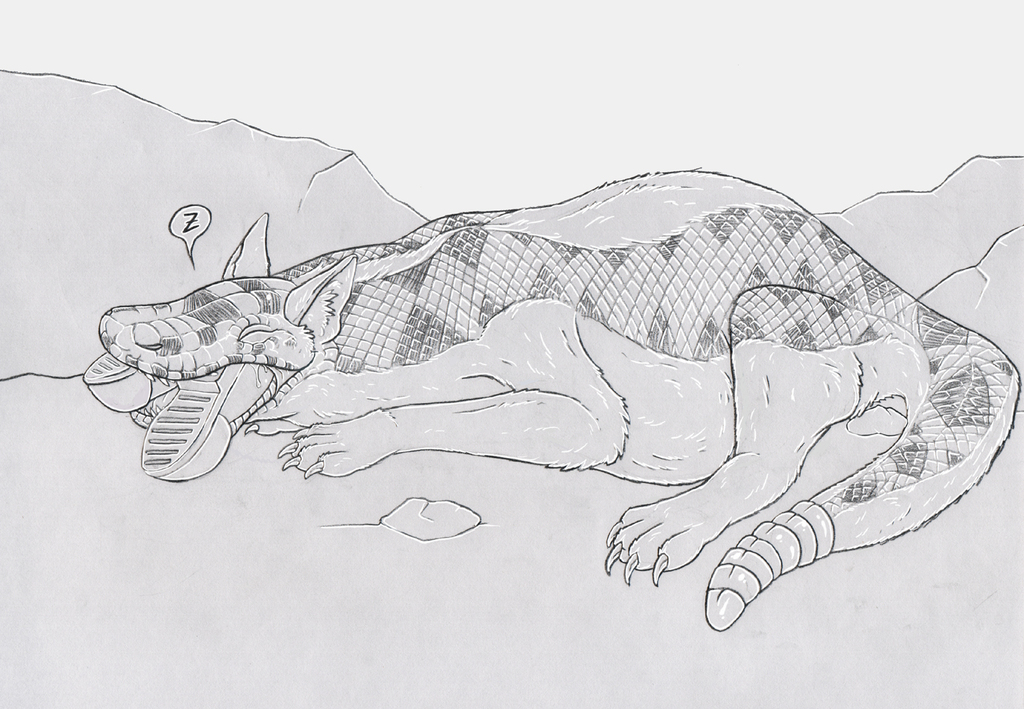 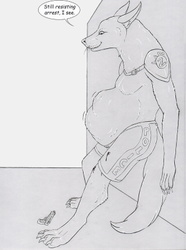 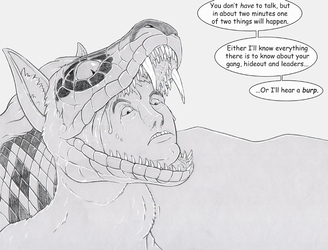 I've been playing New Vegas again. What I wouldn't give for a remaster, the game is so much better than Fallout 4 writing wise.

Anyway, Nightstalkers are genetically engineered coyote/rattlesnake hybrids in-game, and yes, they do swallow people whole according to the lore. This particular specimen didn't quite manage to get its meal down all in one gulp and is sleeping for a bit to let digestion make room for the feet.

Nightstalkers have snake fangs and generally poison their prey to death, but if they are like real snakes I expect that they don't waste poison. That means if you're incapacitated you're going to get swallowed, whether you're still alive or not. Of particular concern is that you may get swallowed feetfirst and recover from the poison with nothing but your face sticking out and your legs being digested. Not the most pleasant way to go. 83