Greninja and badger 8 by Strega 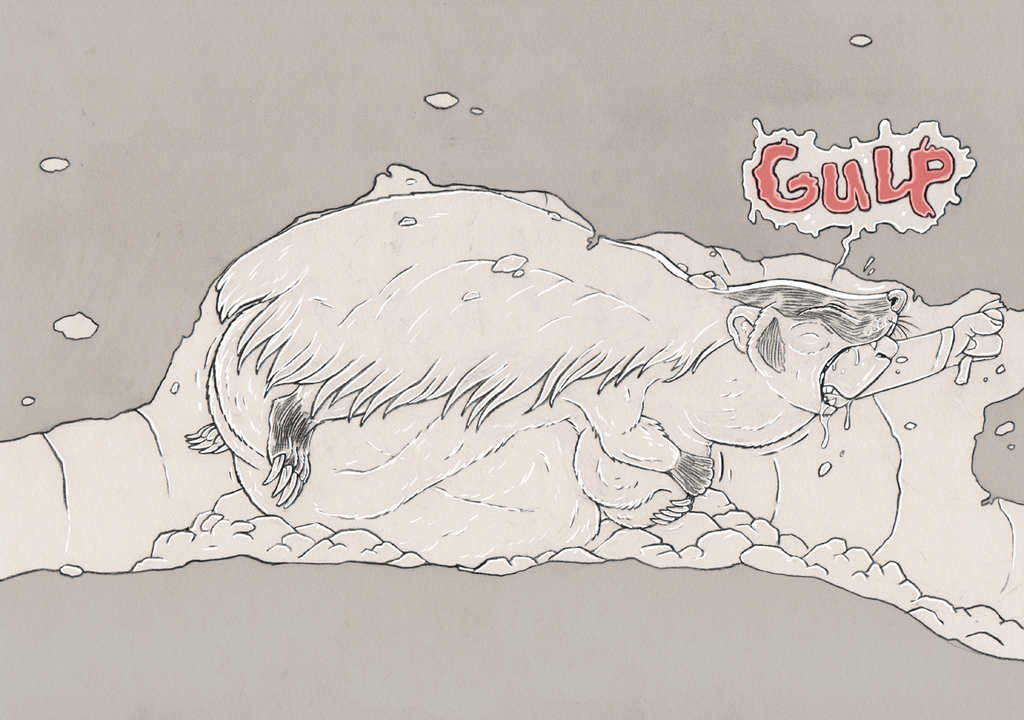 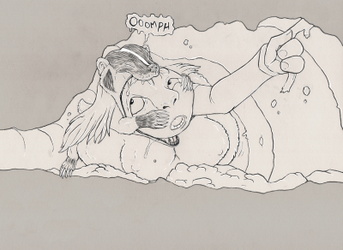 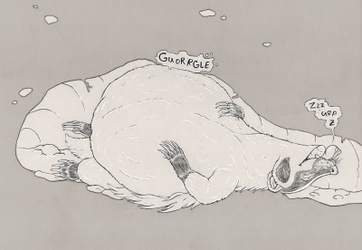 With a last massive gulp the badger engulfs its prey. Like most micropreds it's less accurate to say that it swallowed the greninja than that it simply stretched itself over her, rather like a sock is pulled over a foot.

The fact that this will render it completely immobile for at least several days isn't a problem for the badger. It is nice and safe in its burrow. Even if its short little legs could reach the ground, there's no way for it to go anywhere. It's stuck in the wide part of the tunnel like a cork in a bottle until its meal is good and digested.

Part of the greninja may remain outside for a while, a dangling hand perhaps, but that's all right. Eventually nature will take its course and the hand will follow the rest.