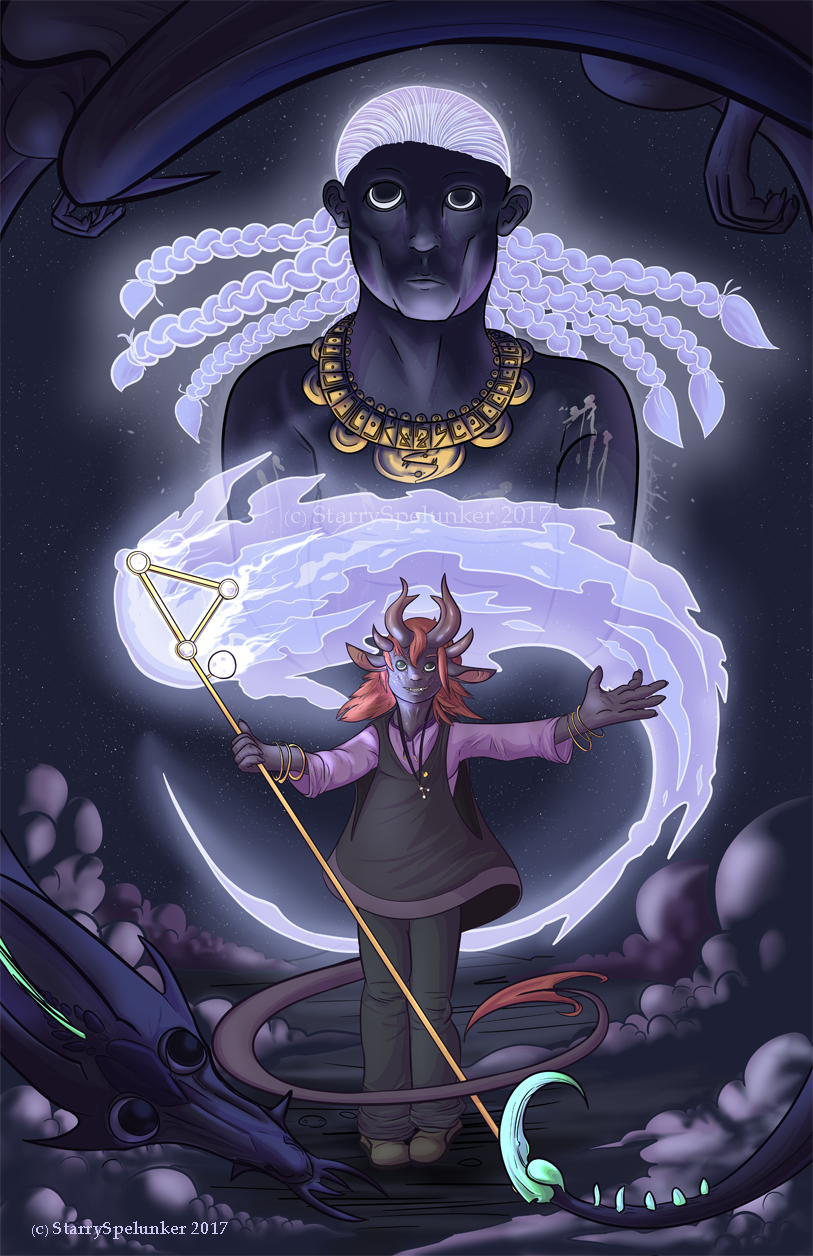 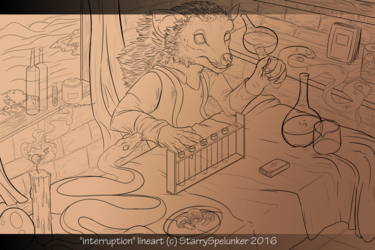 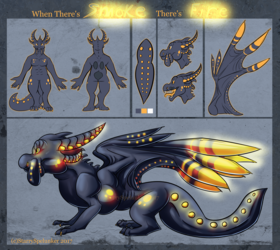 Back after a while. More stormlands conceptual work. I need to give them a name and reference sheet though, same with the pantheon of that part of the world.

The God's some sort of night sky god over the moon and the stars. His primary domain is magic and protection from the things that dwell in the dark. The necklace is a reference to the cycle. old replaces new, good overcomes and is overcome by evil. Balance. The blood of immortals is silver and silver weapons are the only thing that may harm them.

their are nine gods total who each reflect a classical alignment. His is Lawful Good. His wife the sun-god is chaotic evil and a defector from the demons before as opposed to a former plaything.

There is a healer, A two faced god for dawn and dusk whose domain is transformation and alchemy, and more

The character, is a member of one of the non-human races they are supposedly created when the current set of gods killed usurped the demons before that created their world as a plaything.