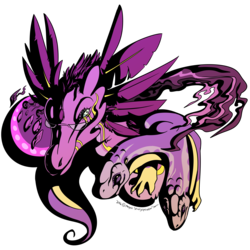 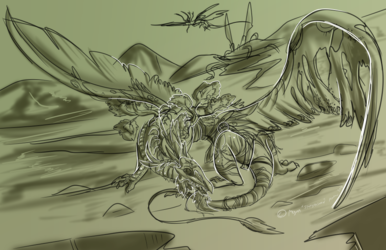 oh wow this took so long to do. wow. this did not turn out at all like I was expecting it to. was originally going to go for the whole “ the player is an evil puppet-master” thing, but Asriel wanted in the image for some reason and I just went with it.

There need to be more differences between soulless pacifist and true pacifist.

It’s one of the many things I wonder about, with the whole soulless pacifist route. Frisk, for all purposes isn’t in control and I kinda wish there were more lasting repercussions other than the bad photo ending or the jumpscare. The whole point of the true pacifist route involves Asriel realizing that Chara isn’t around anymore and that frisk just wants to help.

But for the souless pacifist it is pretty clear that this isn’t the case, at least in terms of the after-effect of the deal.

How would Asriel feel knowing that he opened up the barrier find out that his sibling effectively used him to murder everyone knowing that he wouldn’t be able to stop Chara.

It’s likely that the first person Chara would murder after the barrier opening would most likely be Asriel, the only one who would recognize them as a danger, and then go after Sans since his guard is down.

After all, you didn’t kill a single person. why would Sans consider you a threat at that point, other than the resetting.