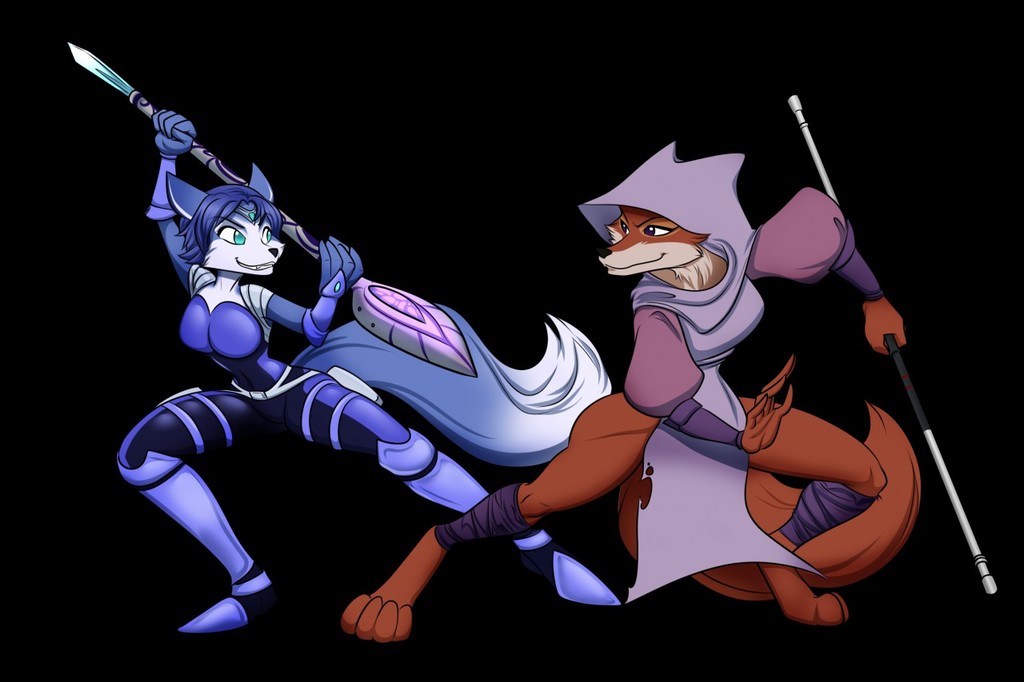 riddle . Go give him your faves and comments!

She had a reputation of being a damsel in distress, after all, that's how the movie starring her made everyone believed, but Krystal wasn't fooled by Maid Marian's innocent appearance, she knew her very well. Behind the façade of the friendly, harmless orange vixen mother, wife of Robin Hood, was hiding a deadly and powerful fighter. Trained by Little John and her husband, Marian, over the years managed to surpass both of them and become an important asset of the Disney Intelligence Agency (DIA), able to take on entire battalions of foes with just her staff and training.

Before the 2000s, Krystal sought someone to help her train in the art of staff combat for her first game and eventually came in contact with Marian who accepted to teach her. Over the time of the training, the two became close friends and to this day, Krystal still remembered her fondly and kept calling her her master. Even with both her training and telepathic abilities, Krystal had never beaten the maid without power during their sparring duel, the orange vixen always managing to trick her blue friend in many ways to render her telepathy useless, encouraging Krystal not to solely rely on it to win.

Years later, Krystal physically encountered her mentor again during a meeting between Commander Lizardqueen and the DIA regarding the VEIL threat. The two happily went for a hug before Marian suddenly drew her staff, only surprising Krystal for an instant before she drew her own with a big smile on her face. Marian had been doing this several times during Krystal's training, to teach her to never lower her guard, even around friends.

As the two prepared for the first sparring duel in years, using their own battle stance, they started their usual friendly talk.