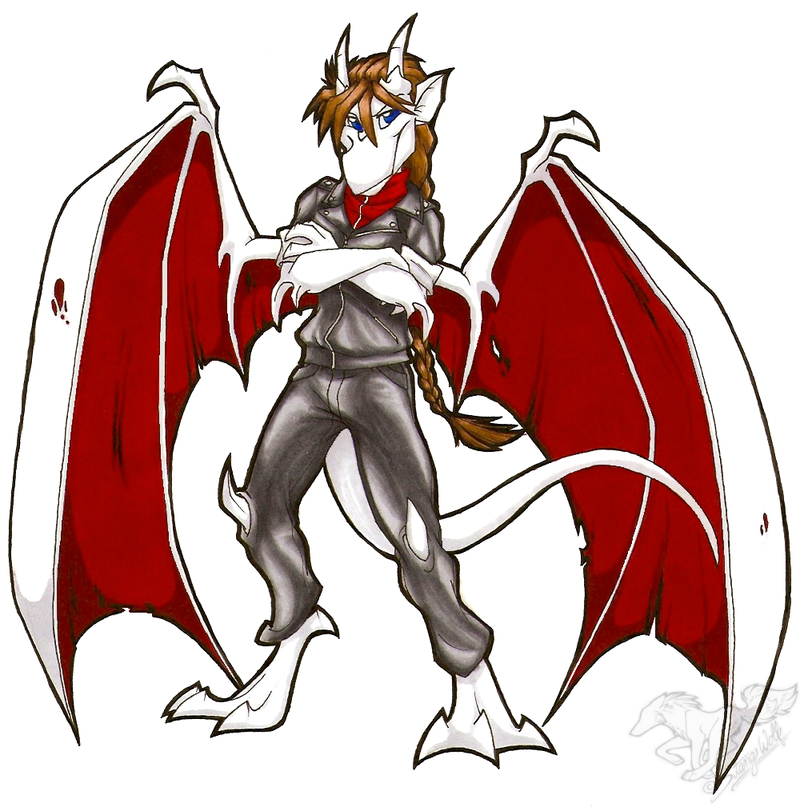 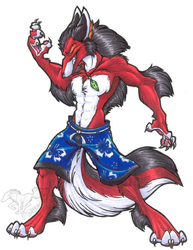 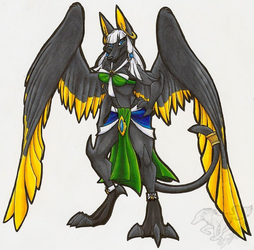 Yet another entry that I placed into the MGC, this time for the February 2008 contest. That contest I believe was to turn a cartoon character from some other series into a gargoyle. I chose Gundam Wing AC's Duo Maxwell because he was by far one of my all time favorite characters and because when I thought of the idea I already knew what I wanted to do with him.

If any of you know this character, you'll probably think that black would have been a better skin color for him, but because his clothing is black for one and because I loved the idea of white on him (kind of an opposite of what you might expect for him) I made him white.

This was really, REALLY fun to do and partially because he just struck me as one who would be a beaked gargoyle and because I am not at all happy with my human drawing ability, he's a beaked gargoyle like Brooklyn from the original Gargoyles series.

Please do not redistribute, alter, reference, trace, or use my art in any fashion without my permission. Thank you! ~StangWolf