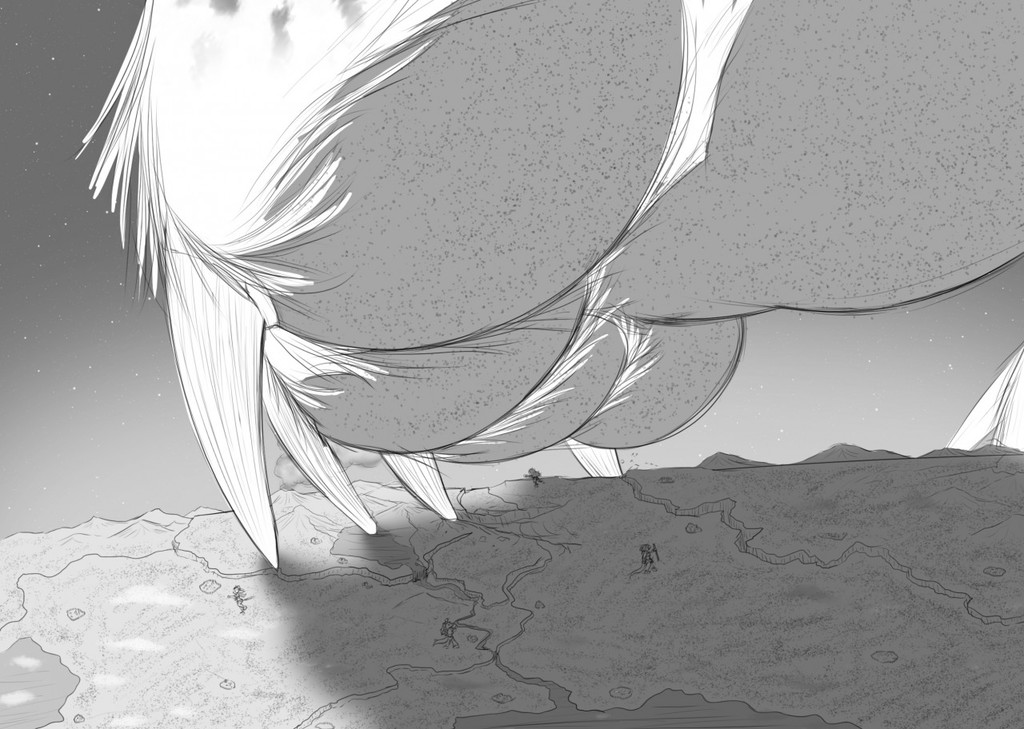 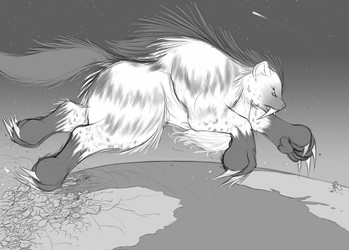 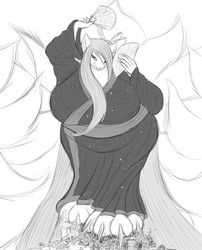 The ground shook violently. Large fissures snaked from the horizon swallowing up towns and villages. Powerful shockwaves, strong enough to launch the largest gigantic predators unceremoniously into the air, before they came crashing back to the ground. Volcanic eruptions were invoked, large tidal waves were formed, primitive buildings were toppled, trees were ripped from the ground... And then in a single instance. The sky turned dark. Completely pitch black in fact as the sun vanished from the sky.

To the tiny prehistoric people, it was completely incomprehensible what had happened in those few moments. But to Fang? She just casually took another step.