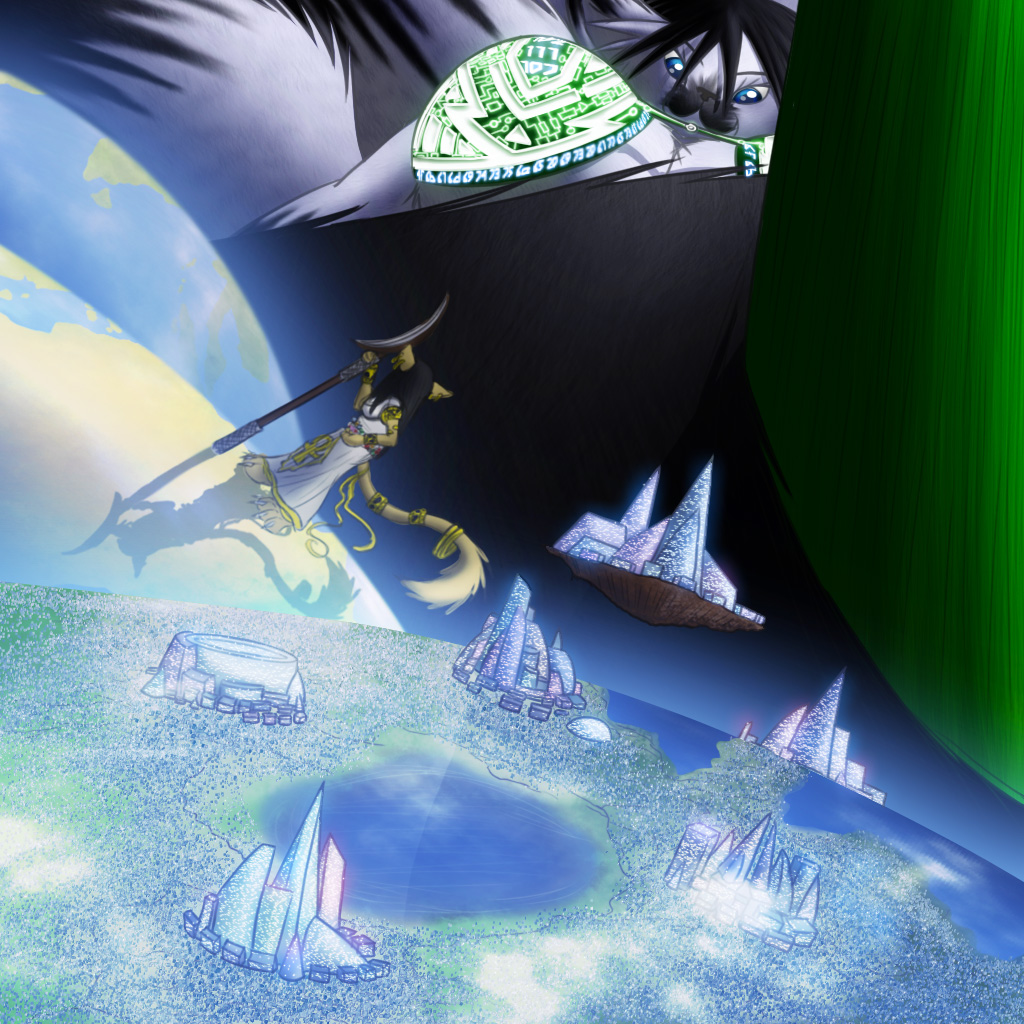 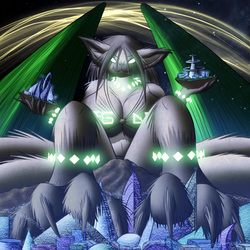 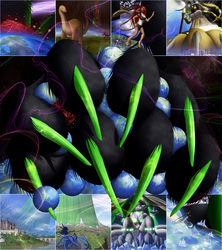 Ah, Earth: Our original home, and the most developed of all our planets. But that's hardly a surprise, given that it's also the center of Lady Okamitsune's attentions! Nanoworkers pop up vast cities and temples and monuments towering miles into the sky, completed in the span of hours. Power stations generate infinite energy used to levitate entire countries beyond the atmosphere, fuelled by nothing and generating no waste. With a single step, travelers can journey to any place, at any time, across the entirety of the universe and its history. Our homeworld is a scenic utopia under the shadow of our goddess' wondrous toes, and each day is brighter than the last!

Ah, oh dear, heh. It looks like an ancient Goddess has attracted Lady Okamitsune's attention, and favor! It'll be interesting to see what effect this bit of historical revision will have on the history books...

Part 8 and the final of the inserts from the Pawsing Time Series. This shows the distant future, when the planet's continents have once again combined into Pangaea Ultima. Collosal cities stretch over the entire landscape, and some have even taken to the air. Off in the distance various other earths caught in the same time rift as this one are visible, including the Antiquity world as seen in Pawsing Time III.

If you hadn't realised by now, all these pictures are happening at the same time. Many earths caught between the same set of paws all from different periods in time. As for Okamitsune's change in clothing? Her clothing appears differently depending on the viewer. While for someone in the present day it might read "BIG DEAL" to an English speaking person in modern day, it would appear in other native languages depending on the viewer. And for different time periods, Okamitsune's entire outfit changes to reflect the expectations of how a goddess should look for each time period. Said expectations Okamitsune exceeds in every way of course.

Okamitsune belongs to, and short descriptive story belongs to   vdo