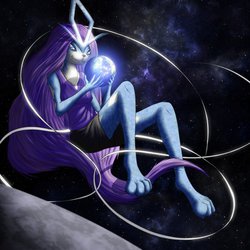 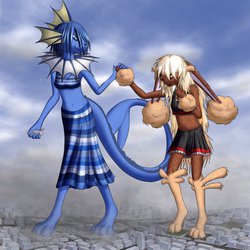 There's one thing that Absol likes more than "sharing his paws with everyone smaller than him", and that is "everyone bigger than him sharing their paws with him". Now it should be hard to find someone bigger than a five mile tall Absol, but around these parts, it seems it isn't. That's a paw of one of his other characters, "Absolution". There's a few small cameos from smaller macros such as VDO's Pamela, and Mawie and Vapour in the cities down on the ground there too