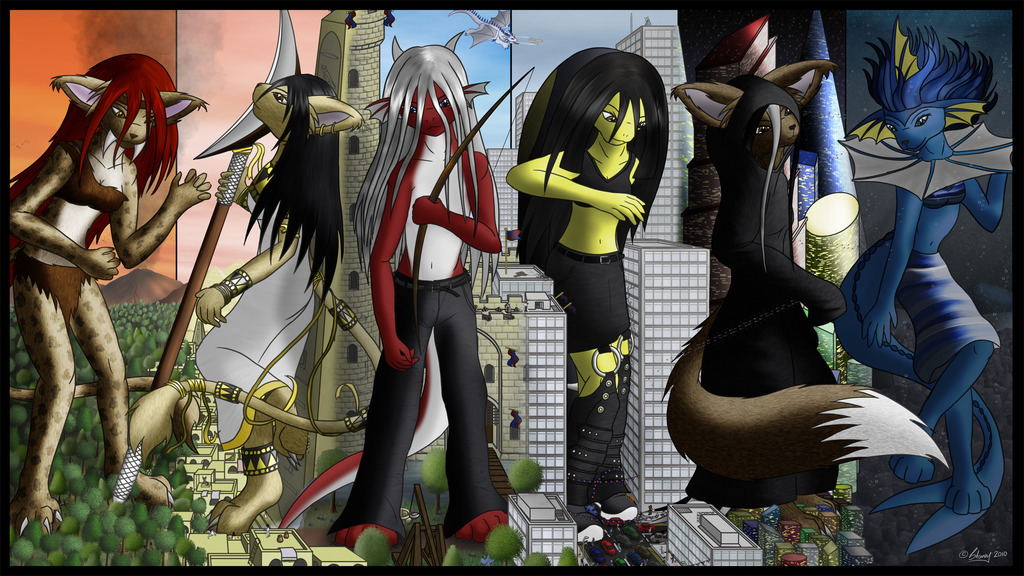 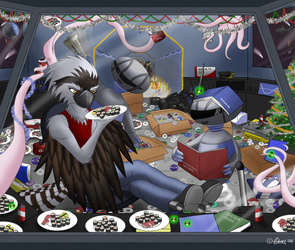 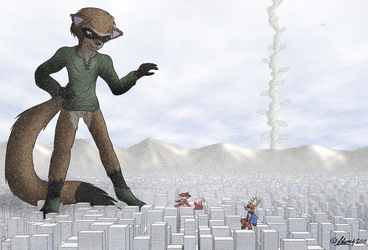 Ironically, this one took ages. Anyway, this is a picture I'd been wanting to do since about October last year, and I eventually got around to drawing it. This is each of my six characters scattered throughout time. From left to right we have:

Vapour in the distant future examining the ruins of a sunken city.

Anyway, as I mentioned this one took me quite a long time to draw, I'll be going back to normal stuff now.

Oh and once again this is a 50% version. The high resolution version where you can make out the detail is on StampyDragon.com