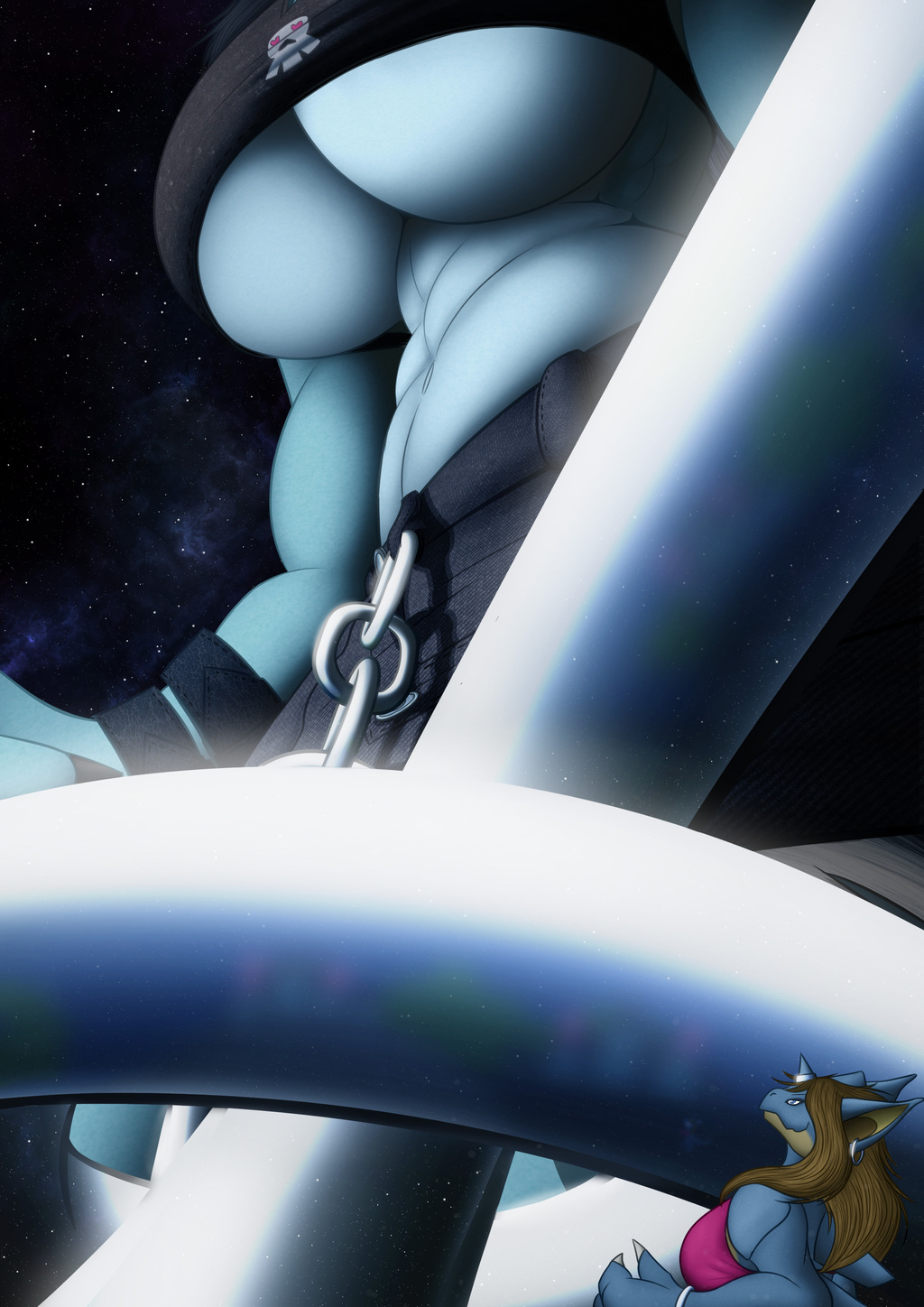 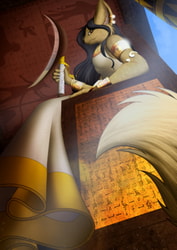 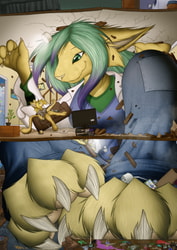 It doesn't matter where you are on her, Izzy's body makes for some magnificent views!

One thing I feel we don't see enough of in art, are extreme perspective shots drawn from the perspective of somewhere on the character itself. I've drawn a few over the years, but never one where the viewer, a multi mile tall Elizabeth in this case, is actually half way up the body. So here we have the view from the rather sizeable chain that Izzy wears on the side of her belt hooks

The rather delightful thing here is that given Izzy's rather massive height, we're actually viewing her from just a little bit higher up than the altitude from which the International Space Station orbits. So this is a similar view that someone on there might get from there as Izzy jogs past. Look closely and you can kinda make out the reflection of her paws and such in the chain also.

She really is an absolute delight to draw!