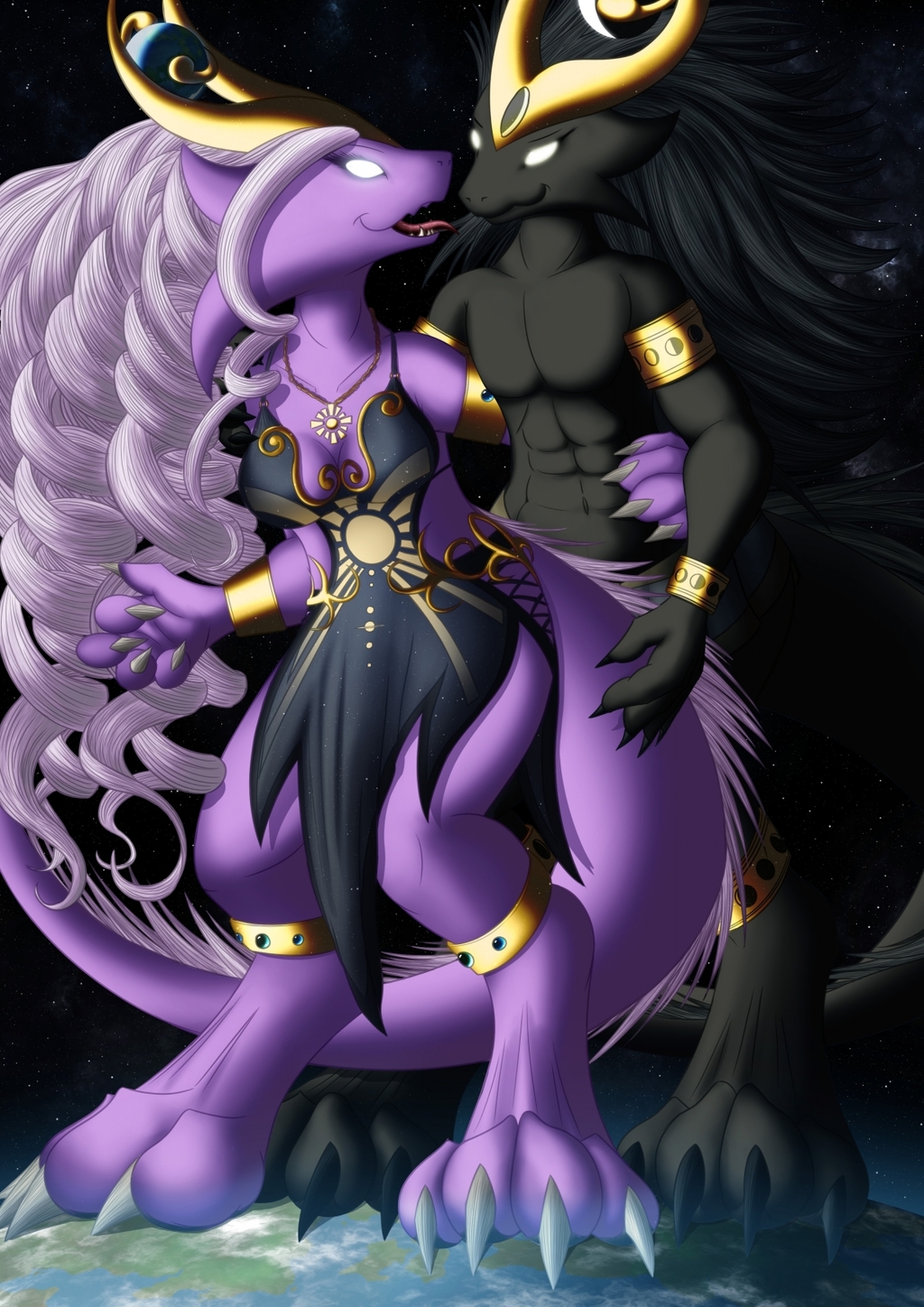 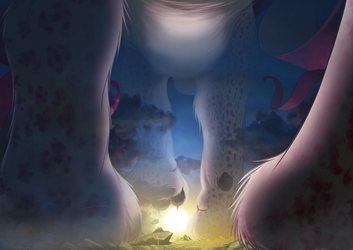 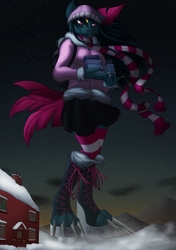 And here's the two newest additions to my cast in coloured form, Tethys and Nubium the "Evolutionary Gods". I drew this one earlier in the year, but had every intention on colouring their first picture together.

They are basically higher dimensional beings, or Gods, who create life filled planets while adhering to the rules and natural laws of the universe. For example, they cannot just "poof" a planet into existence. But they can travel through space-time to a time and place with a protoplantary disc, which they can help to direct the mass of floating rocks and ice, into strategic positions to increase the likelihood of a good sized planet forming within the goldilocks zone. They can then "steer" evolution of life over the next billions of years as appropriate, which in later years can form into intelligent life, and beyond.