Out Of Space by Stampy 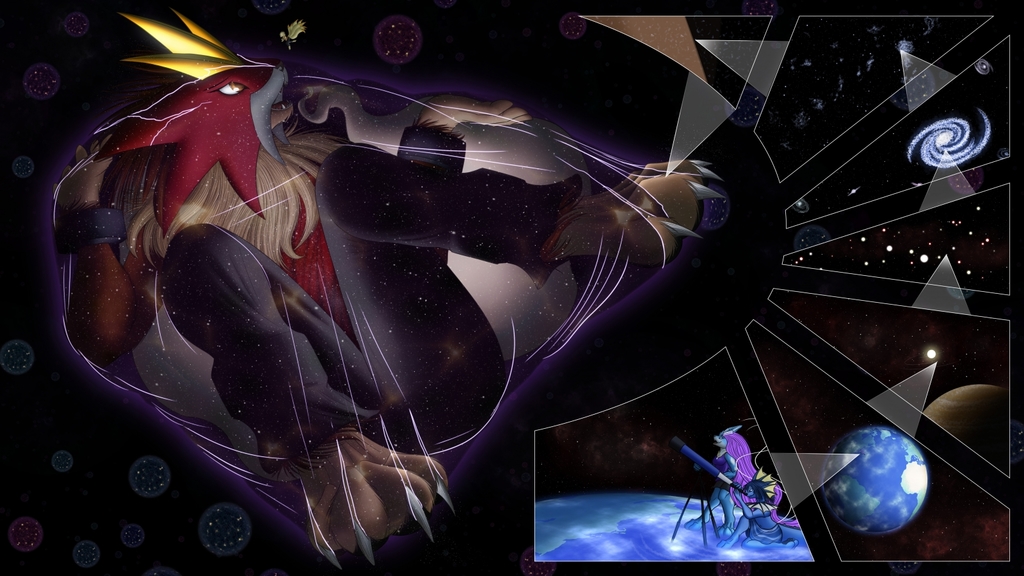 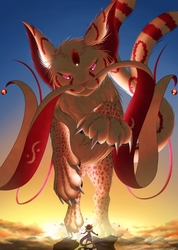 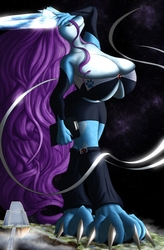 As big and as vast as the Universe is, it's size while expanding is still very much finite. And much like anything else with finite size, it can be outgrown if something grows large enough.

Here Pyre seems to be growing exceptionally well, and with a little help from a few friends he seems to be showing no signs of stopping. He will be out of space itself in 3... 2.. 1...

This here was an overdue commission for Pyre, of Pyre outgrowing a Universe. It is inspired by a picture from a series of rough doodles I did for him over 2016 of a growth sequence - I'll probably post that up online when I get the ending to that finished up. But either way here, that universe is not going to hold him for much longer... and now that Hiraku's floating about up there, Pyre's growth spurt is only going to accelerate all the more!