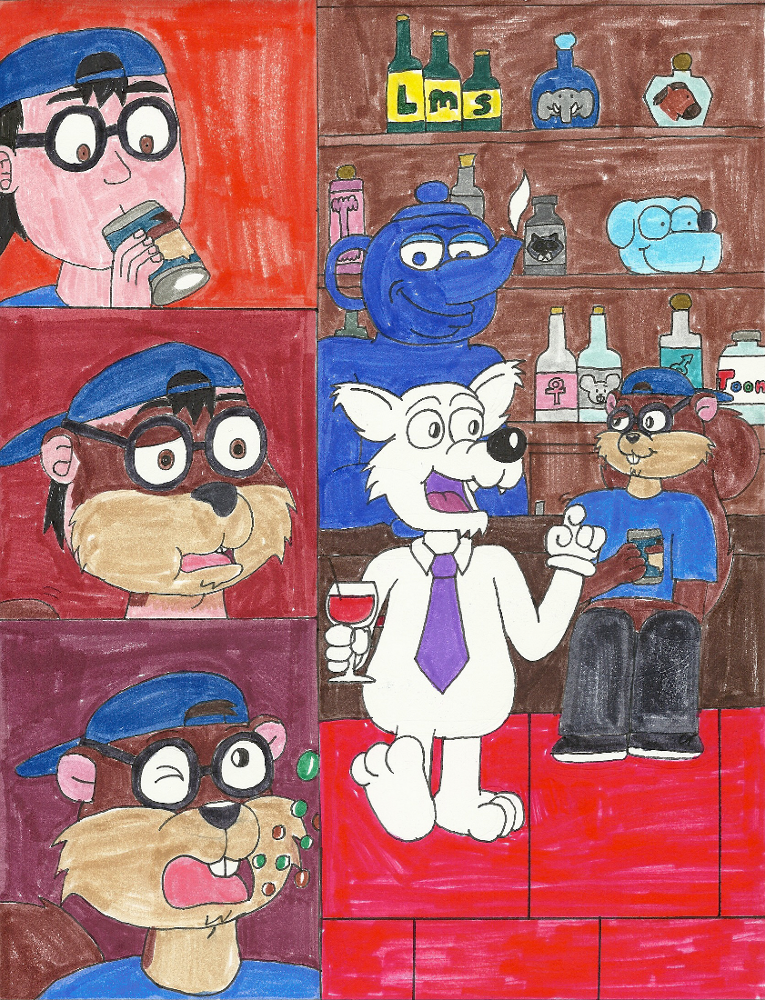 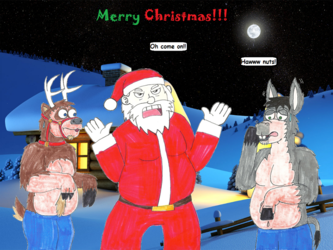 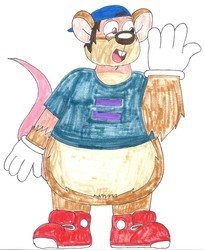 FINALLY I did some gift art for Swatcher

Anyway, here I'm thirsty for some cola or ginger ale when I come across this bar with a sign out front that reads "Swatcher's Drinkeria! We sell wine, beer, juice, water, milk, soda, coffee and TEA!"

It seemed pretty amazing so my curiosity led me to go in.

Then I found many people going around chatting amongst themselves drinking something, many of them were anthropomorphic animals, I wonder why?

So I took a seat on a bar stool and was greeted by the bartender, a large blue man with a teapot for a head, I was under the assumption that it was a costume until he actually removed his head and poured the contents of his spout nose into a customer's cup!

"Boy this is one story to tell on furaffinity!" I thought.

He then came to me and asked what I wanted.

I asked for a cola and he smiled as he reached under the fridge behind him and pulled out a can with an acorn print on it and gave it to me.

Popping the top, I was greeted with a scent that was familiar to the spread, nutella. And as i took a drink, a guy took a seat next to me, he was a white furred creature that resembled a dog and was wearing only a purple tie though he didn't seem to wear anything else.

He told me that I arrived on a very good night, it was the grand opening so all the drinks were free.

He then introduced himself as the owner of the bar, Swatcher and then he guided me over to the karaoke.

Golem: Maybe if you come back again, you should try the tea.

Anyway, I hope Swatcher likes this.