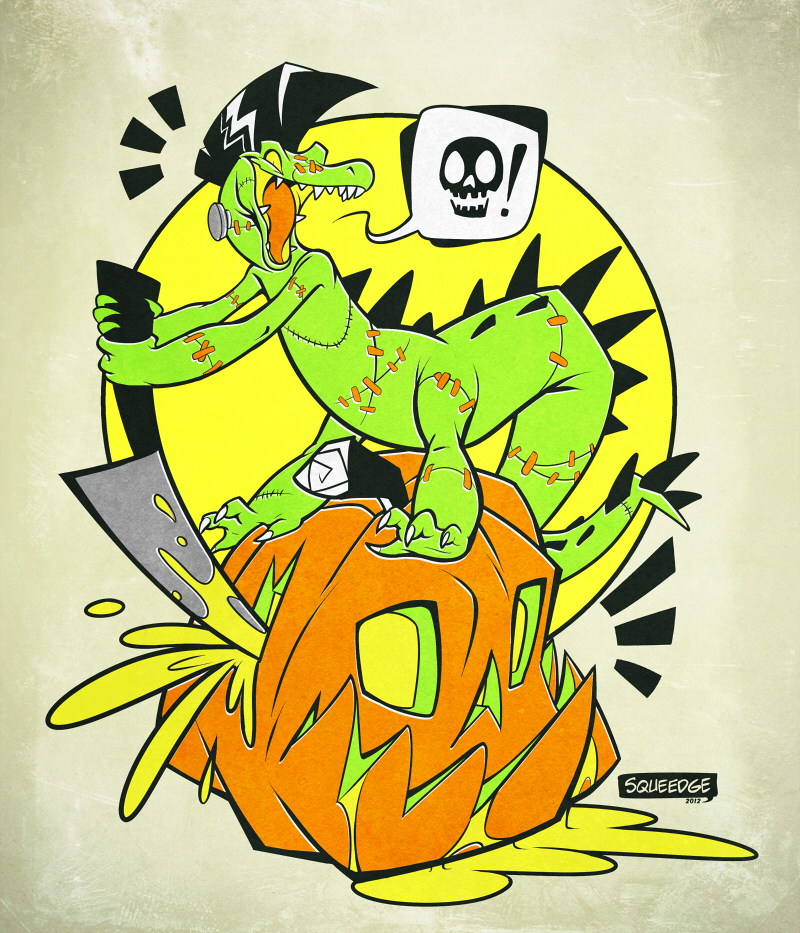 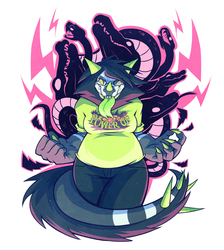 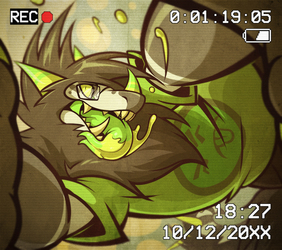 YOU DOOFUS, STOP MASSACRING THAT POOR JACK-O-LANTERN. It just wants to glow idly in peace.

This year, I kicked off the Halloween-art season with a sequel image of sorts to the first Croc-O-Ween image.

There's something irresistible about combining things that typically don't go together and making it work. Although, while fusing crocodiles and Halloween might not make a lot of sense to most people, I feel like they fit right in line with other 'ween critters... what with the sharp teeth and "creepy" reptilian eyes and lurking around unseen in the water. But it could just be a personal bias and me just wanting to put together two of my favorite things.

Either way, HAPPY [late] CROC-O-WEEN, EVERYONE.