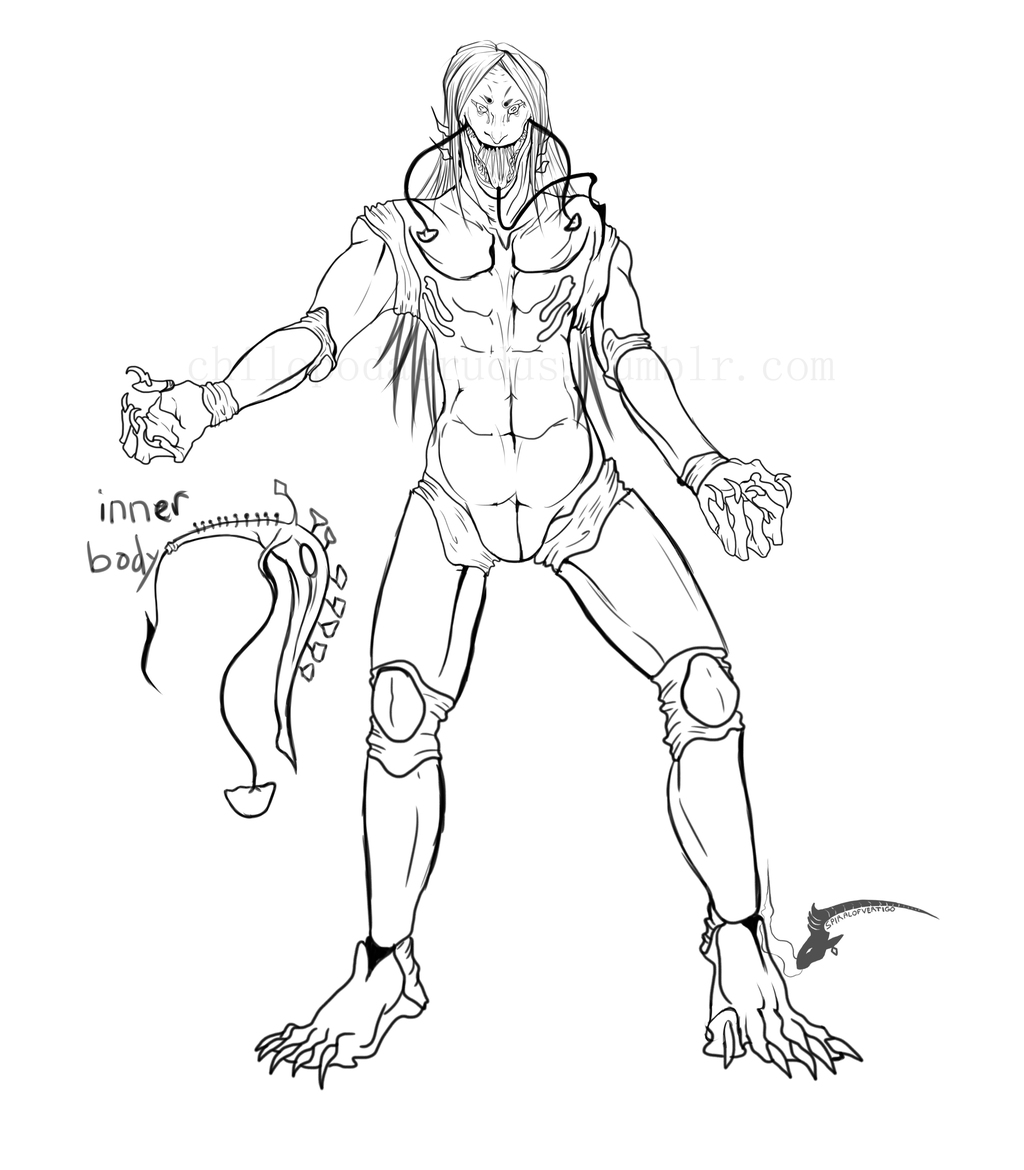 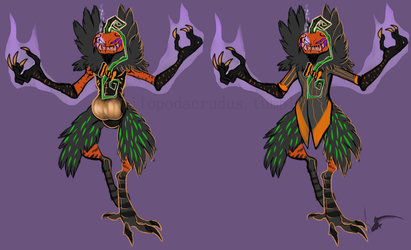 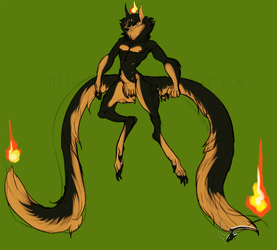 These guys are parasites.
The actual creatures take humanoid forms but any race can be infected.

Having an outer and inner body; the outer functions to protect and infect as the inner produces the parasites to be transferred through the needle like appendage hidden in the tongue. The inner body also serves as a communication device. Every little node on the ‘spine’ of the inner body is used to transfer brain waves to each of the infected members; I’ll get back to that.

Although some Brain Jacker’s breed by a disturbing form of 'mating’; most of the time to expand their ranks they attack a new host.

With the ability to disguise themselves as every day humans; they sneak up on their prey before snapping into the backs of the victims necks. They then transplant the parasite from the needle tongue directly into the spine. Here the newly transplanted parasite will grow in the victim; slowly changing features of their body and eventually allowing the original attacker complete control of their mind and body.
The victim keeps their memories of their former life and they are conscious of everything that is happening to them. Their new master may or may not allow them to act on their own will from time to time. Whenever the victim is taken control of they are in the back seat so to speak watching as their own body turns against them being controlled by the parasitic master.
With each attack the hive mind grows. Each parasite master is also at least partially controlled by a higher ranking parasite; all leading up to the original few.
However if the original individuals are destroyed it does not affect the population. The job is simply passed down to the next in line.

Attempting to remove the secondary body from a victim is mostly impossible. Every single last bit of the parasite must be removed or it will simply regenerate.

The Brain Jacker’s have personalities just as any other race. They are just greatly feared as they stay hidden away in their own close knit societies. It may not be so bad if you get infected by a benevolent one. Depending on his or her’s idea of what they want to use you for.