Stahp Getting Bigger -w- by SpiderMilkshake 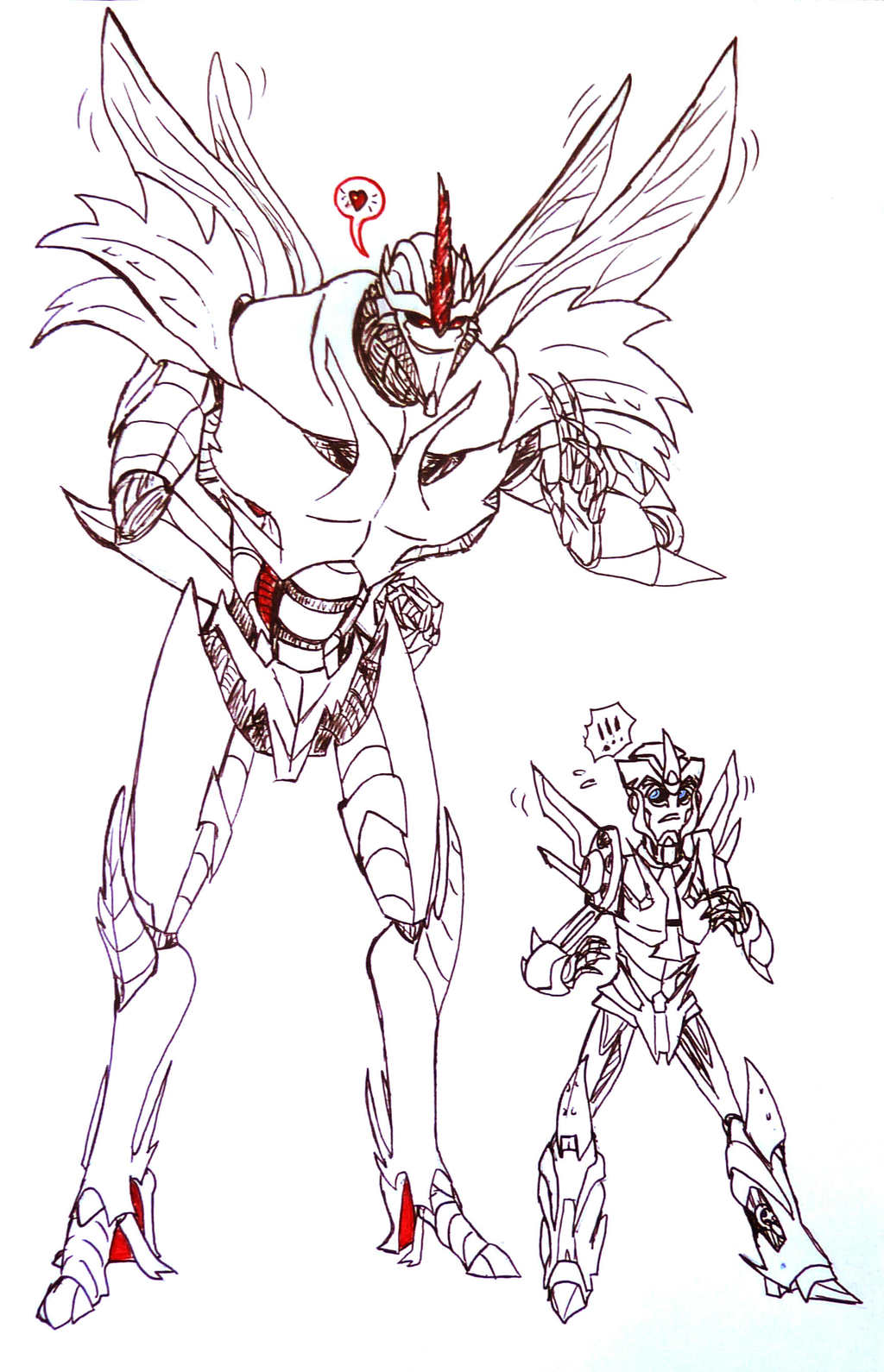 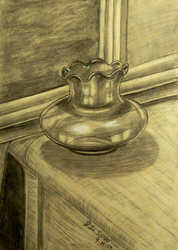 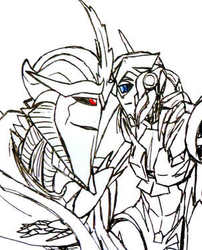 "Helloooo~" >8D "Oh, this? It's a temporary experimental technorganic phase Ratchet's working on. Volunteered to repay my debt to society and all that."

"There are issues with mass increase still, as you can probably tell." >83 "Oh well. It's not that bad a side-effect, right?"

XD A weird Starcee doodle because vast size differences are adorable. >u<; Well, Arcee doesn't think so because she knows of the gloating within. The bigger he gets, the worse his teasing. Aftbag is correct. X3

Yep, technorganic headcanon Scrim includes various buggy features as a nod to both "Prime Cybertronians just look more creature-y, and in an Arthropoda way" and the wasp-ish thing that various Starscreams of the multiverse have had before. Seems just appropriate a Prime incarnation would lean that way too, yeh? :3c