How To Learn to Draw Giant Robot Peeps :D by SpiderMilkshake (critique requested) 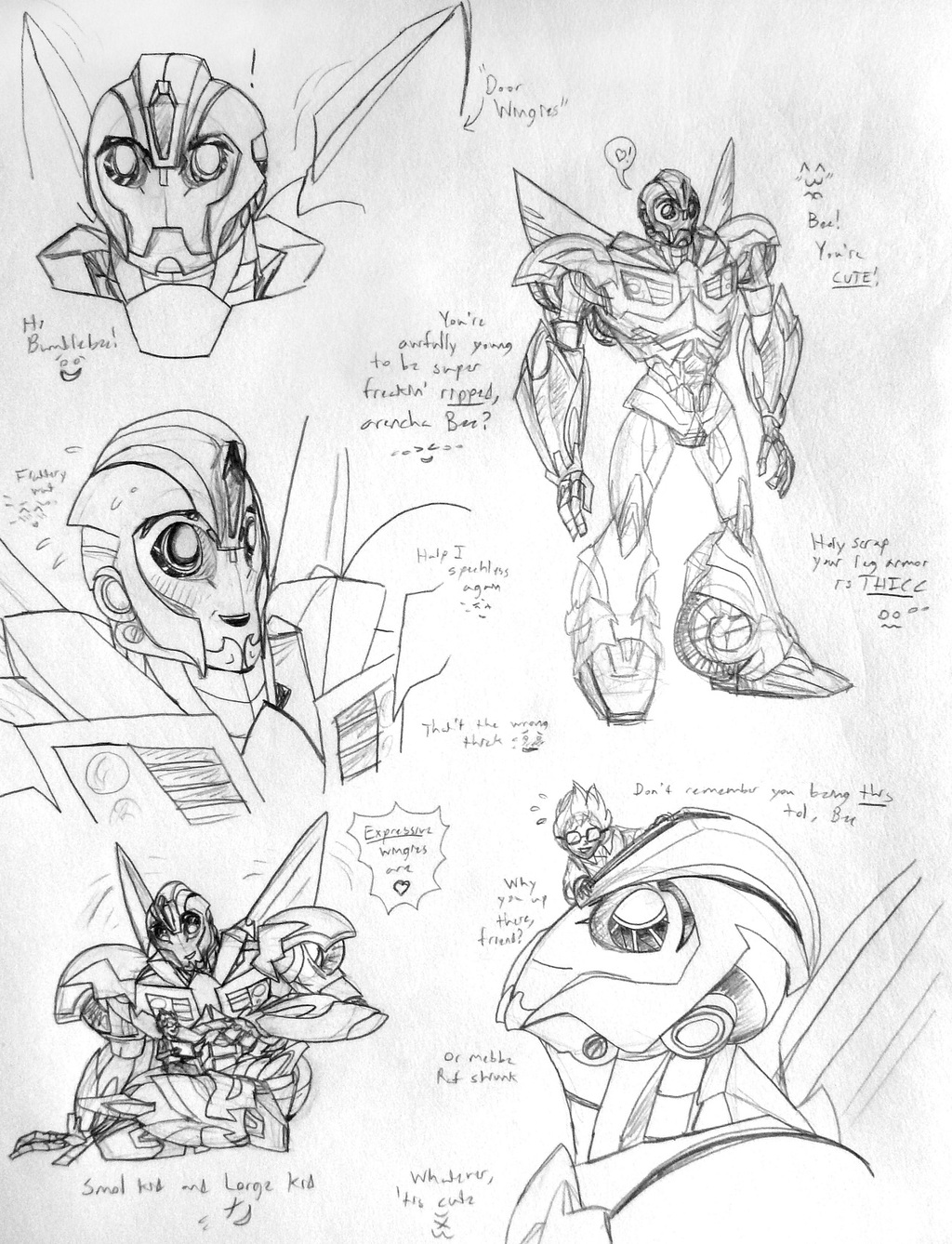 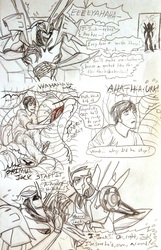 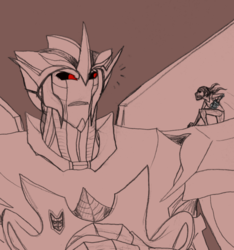 XD I'm calling it that because my first page of "let's just doodle a bunch to figure out how to draw Bumblebee correct-like" turned out really well and I feel like actually showing it.

I learned many things about the yellow fellow. X3c One, he seems designed to be as adorable as possible (and young-looking), what with the rounded features. Two, he REALLY buff. Like a smaller version of Breakdown level of buff (he seems to also share his type of shoulder housing with BD). Three, he only has four fingers (a trait he shares with Soundwave and with most of the Vehicon soldiers shown). Four... his eye sockets/optical sockets are... interesting. Some of the Prime designs don't have this deep-set socket with an obvious divot and their curved facial surface causes them to have eyes that point outwards and slightly away from each other (XD Which shows up a lot in "DERP" demotivationals... usually Megatron.) which would give them slightly enhanced depth perception and a broader field of view. Bee has the opposite! He basically has "predator vision", in that his optics are pointed in a way that would reduce his periphery but would enhance his ability to focus on movement and detail in his center vision. It is a curious thing~ considering Cybertronians wouldn't have the same reasons to have certain adaptations as organic life and are all one kind. I do like that a lot about Prime--the individuals have variance and for the most part look truly alien as opposed to "metal-coated human, but bigger and with missiles". XD