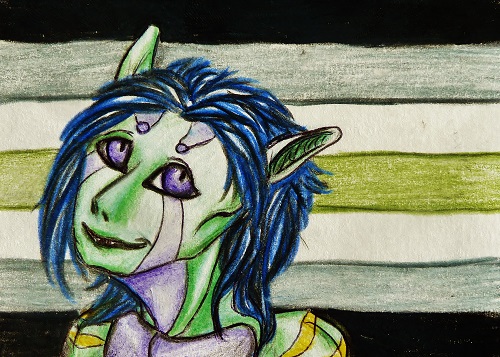 Making ACEOs of a bunch of my character's portraits and their respective flaggies... for whichever personal trait might get the most of the world's dumb attracted to it. ^^ Nube! Little-used, little-known, and actually quite little. Also happens to be agender. Doesn't really apply much in the things he appears in, but it's just a little slice of Nube's character that ought be celebrated and not feared.