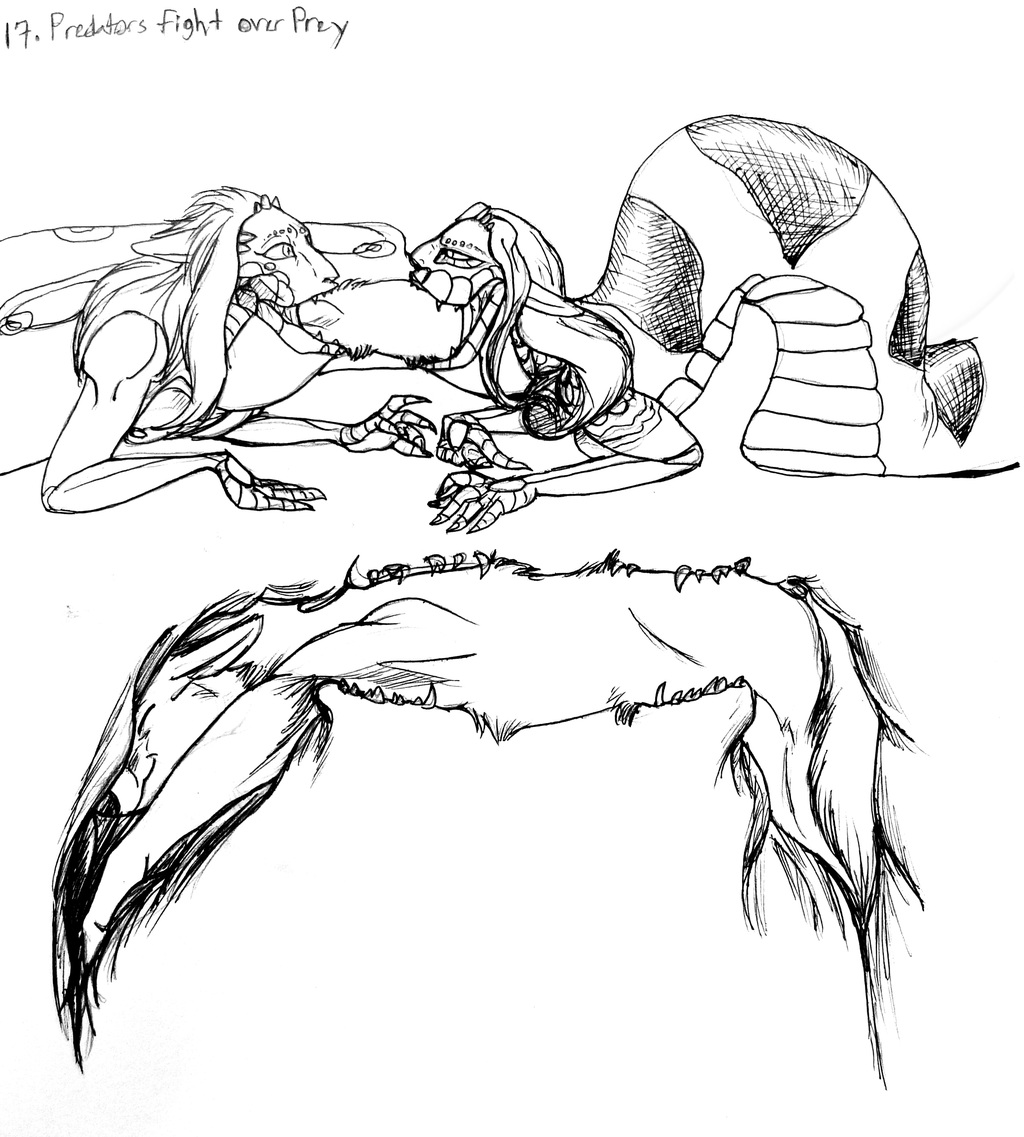 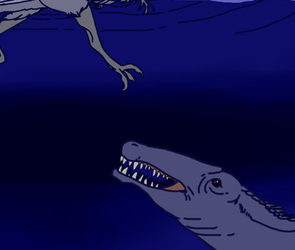 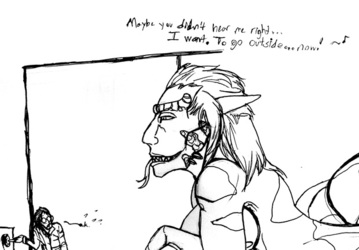 XD Still trying to work these out a bit, though it's waaaaay later than my goal.

Sére and Drakness both met Sparky, a delightful cake-flavored fox (ShadyBling ShadyBling). They are having a bit of a... competition. ^^ Drakness is rather adamant about this. Sére is playing the puppy-dog eyes.

There is a fox though, that now knows what it is to be in two mouths at once. XD