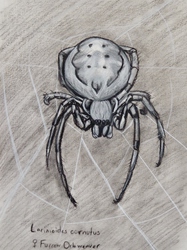 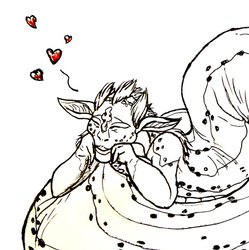 Unlike wrestling in humans, the goal is not to pin the opponent to the ground (ground=leverage and mobility in snakes). Rather, the goal is the wrap the opponent up to the point where they can no longer wrestle effectively. They are very good sports about it too. ^^ They know when they've lost and serious bumps, bangs and squishes are super-rare.

Petra's 'bout to win here. X3 She's straight up lifted Landi up off the ground.