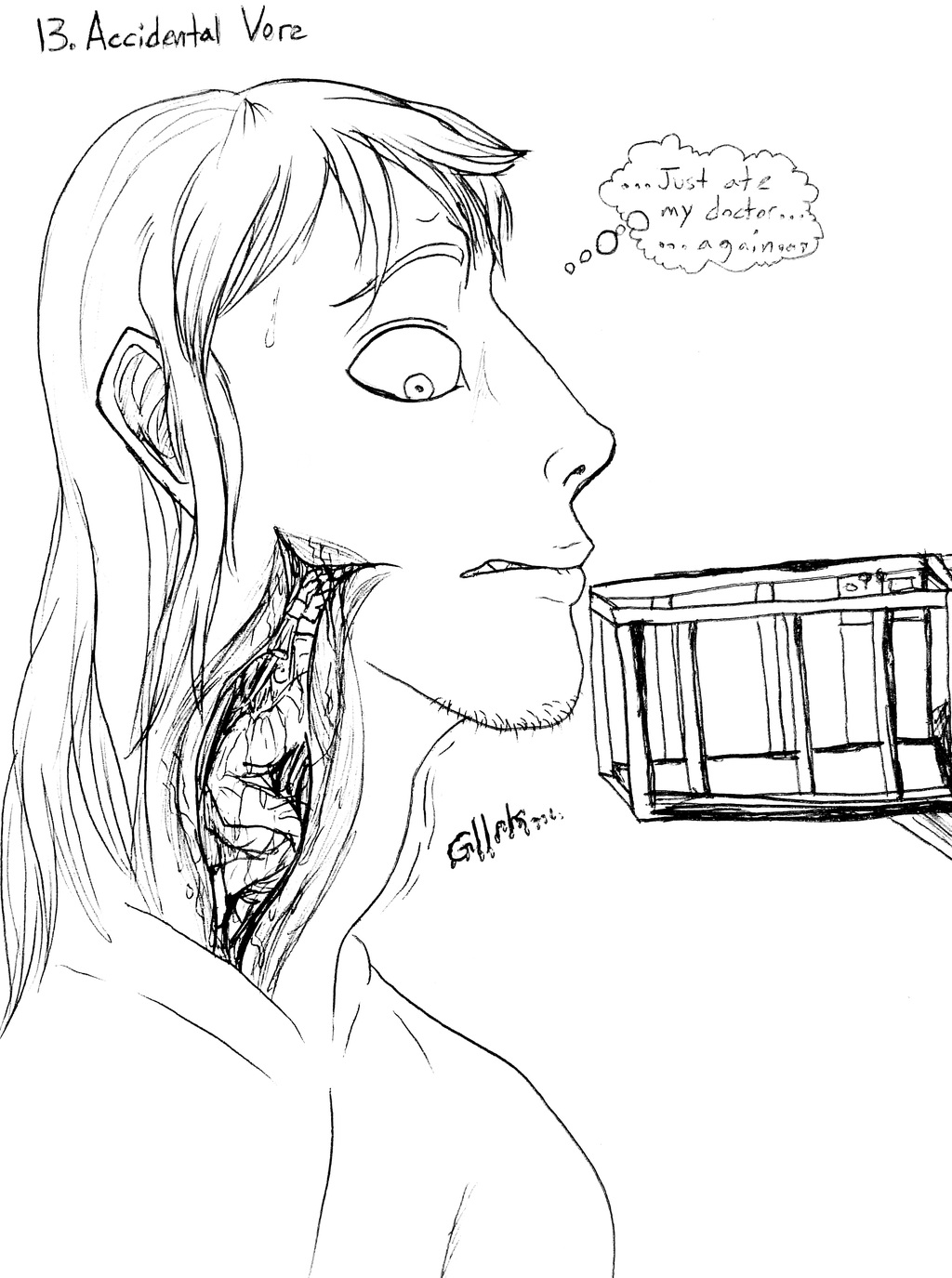 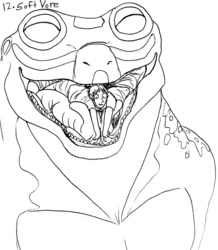 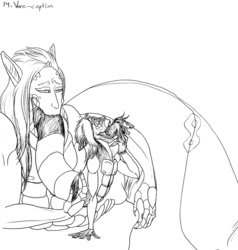 Most of my writing doesn't really have any vorish situations in it... Since, well, people tend to look down on that sort of thing in the broader audience of fiction works. :/

HOWEVER... I have/am currently writing various pieces of fiction where vore would certainly be possible... it just isn't needed for the plot and so isn't in there. XD OOH, BUT LET'S PLAY THE "WHAT IF" GAME, EH??? ;D

This here is a genetic wonder named Fin A. Carter. He is a human, I swear. A very unusual human. A very BIG human! His case is codename Goliath, since the American military tends to be super-obvious with their top-secret infos. He's basically lived on a secret military installation in Nevada (NOT Area 51! XD) since he was five... well, cuz if you are a nine-foot tall five year old... 8| Sciencey people will notice! And the doctor here is one of these sciencey people, Dr. Norteñas, a nice dude and helpful doctor! And clearly not too concerned with getting giant saliva on his labcoat. XD

Dr. Norteñas clearly didn't learn the first time not to lean too far when examining a giant's tonsils. Fin, er, you made an oops. Better stop yapping and let you spit the dude out. XD