A bunch of prehistoric critter doodles by SpiderMilkshake 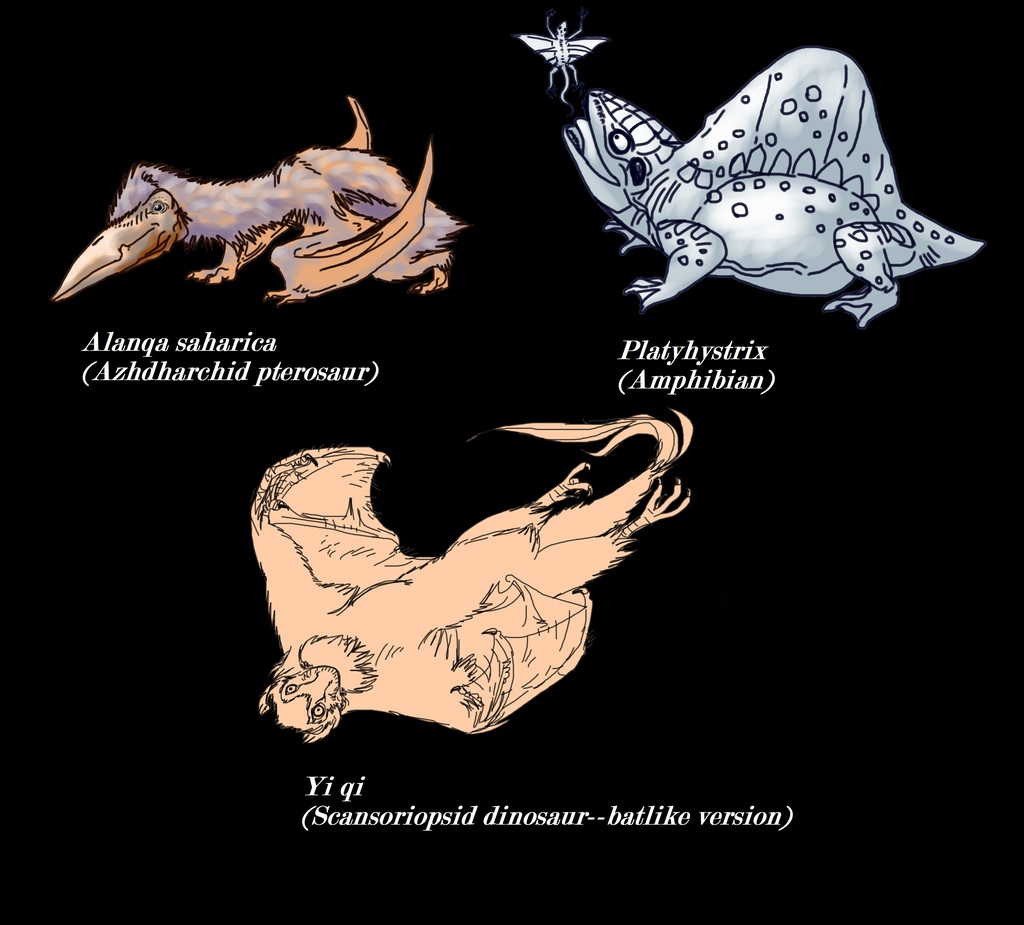 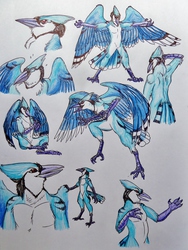 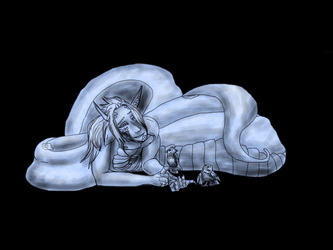 A bunch of prehistoric critter doodles

Exactly what it says on the tin.

Another Yi qi drawing, probably more accurate than my first drawing even though this is but a doodle... the bat-like membranes are less pronounced and the feather distribution is more correct... purposefully drawn in a pose like a bat dropping off a branch about to flit somewhere... I do not think this animal would only glide, but probably not a distance flyer. At it's small size (medium-sized modern bird) even some short wings could mean some sparrow-like flights of short distances. Probably a bug-eater.

Alanqa saharica is a large azhdharchid pterosaur with a few odd little protuberances in its beak... implies a "nutcracker" function, but since azhdarchids were carnivorous, it was more likely a "clamcracker" or a shellcracker. I drew it crouched, as if starting to stand up from taking a drink or waking up.

Platyhystrix is a most awesome "little" armored amphibian predator... a sailed amphibian! Here this one is taking a snap at a Longisquama-type reptile... and missing, but there's always other small reptiles. ^^ Frog-metrodon. XD