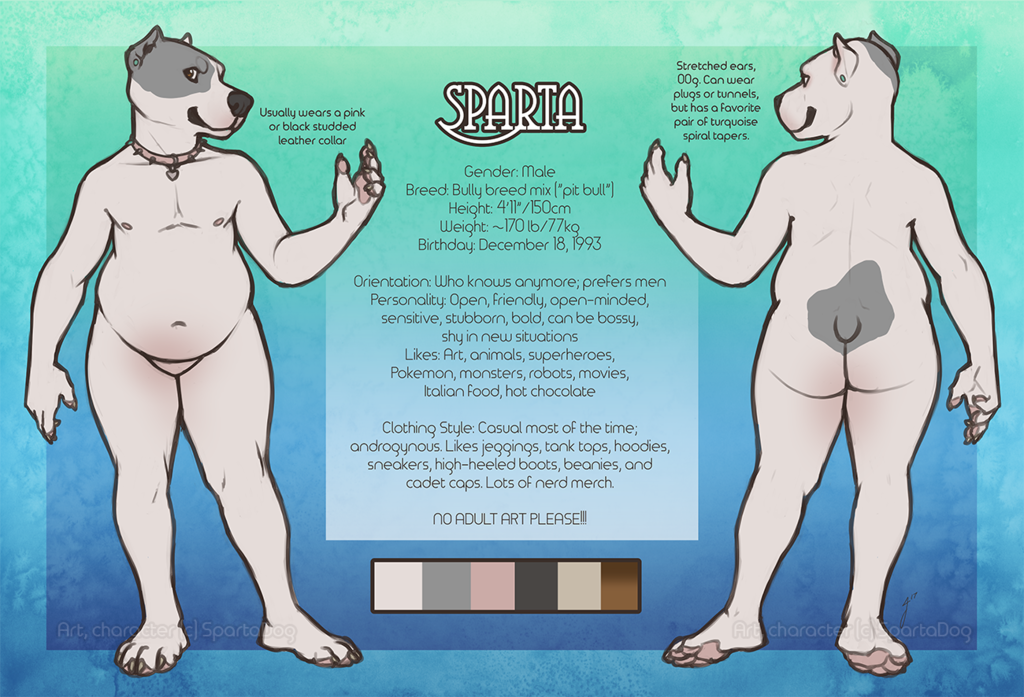 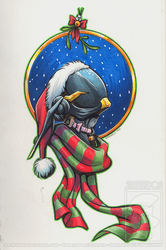 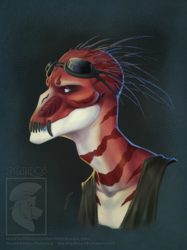 IT'S ABOUT GODDAMN TIME.

Sparta was in desperate need of a new ref. His most recent one was from 2015, and while his design hasn't really changed at all, my art definitely has. He does have a few small changes: he no longer has a dip in the bridge of his snout (everyone forgot to draw it anyway, and I always drew his snout too long because of it), his stretched ears are no longer fake, and he's no longer a purebred APBT since I always drew him beefier anyway. Also not being as strict with what I let him wear; I used to only draw him in clothes/accessories I actually owned, but that got tiring haha.

SPARTA IS MALE. He has a feminine body type because I do too, and he's not pictured with genitalia because I don't allow nsfw art of him, so there's no reason to.

Art, character © SpartaDog
Interested in a print? Email me at spartadogillustration@gmail.com!