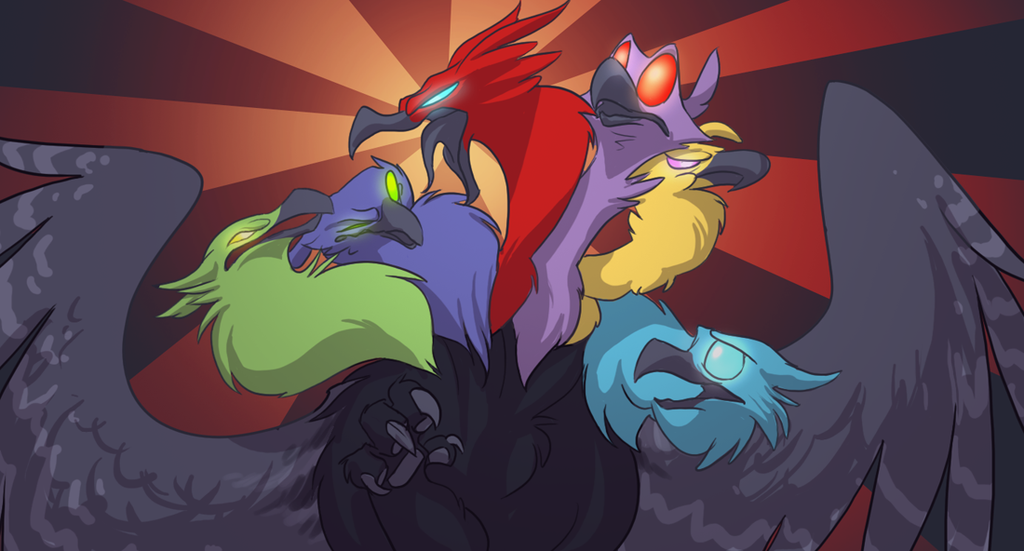 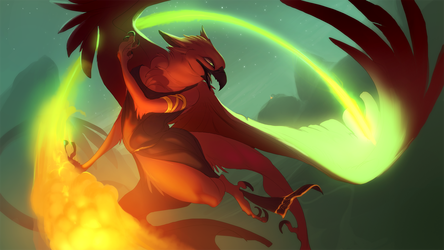 Just because I have six heads with different views of the world does NOT make me moody! It just makes me- IF MY CYNIC ASPECT DOESN'T SHUT UP ABOUT HOW HORRIBLE THE WORLD IS AND HOW EVERYONE IS A DAMNED LIAR, I WILL RIP HIS HEAD OFF!

Right, where was I?

Oh yes. My moods. I'm perfectly fine and I love you. You -are- a delicious little morsel, you know. It wouldn't be hard for me to snap you up, after all, so don't you even think about lying to me. Because I'll know, and this is going to be the only warning you get. I do hope my faith in you isn't misplaced, after all. ...How long does this "mood management" session go on for?

-Excerpt from Rook's first (and only) foray into psychological counseling. After the session, the therapist promptly declared Rook perfectly healthy, both mentally and emotionally. He was also given a large sum of money to never come back. The therapist retired shortly afterward.

Just because he has six heads who each view the world differently doesn't mean he doesn't have his off-days. Especially when waking up or when he's fatigued, his heads (or aspects as Rook refers to them as) tend to exert more of their personality trait to the world around Rook. Or in the case of this picture, to each other. Cynic loves to provoke Rage, while Romance is more interested in making love rather than war (provided it's female of course!) and doesn't like conflict... While Suspicion and Hope will happily argue endlessly about the merits of the world and anything in it, leaving Chivalry alone to call the other aspects out on what they're doing as well as give fair warning to anyone around Rook.

And then Rook fully wakes up (or goes to sleep) and all the aspects snap into line like neatly arranged dominoes.