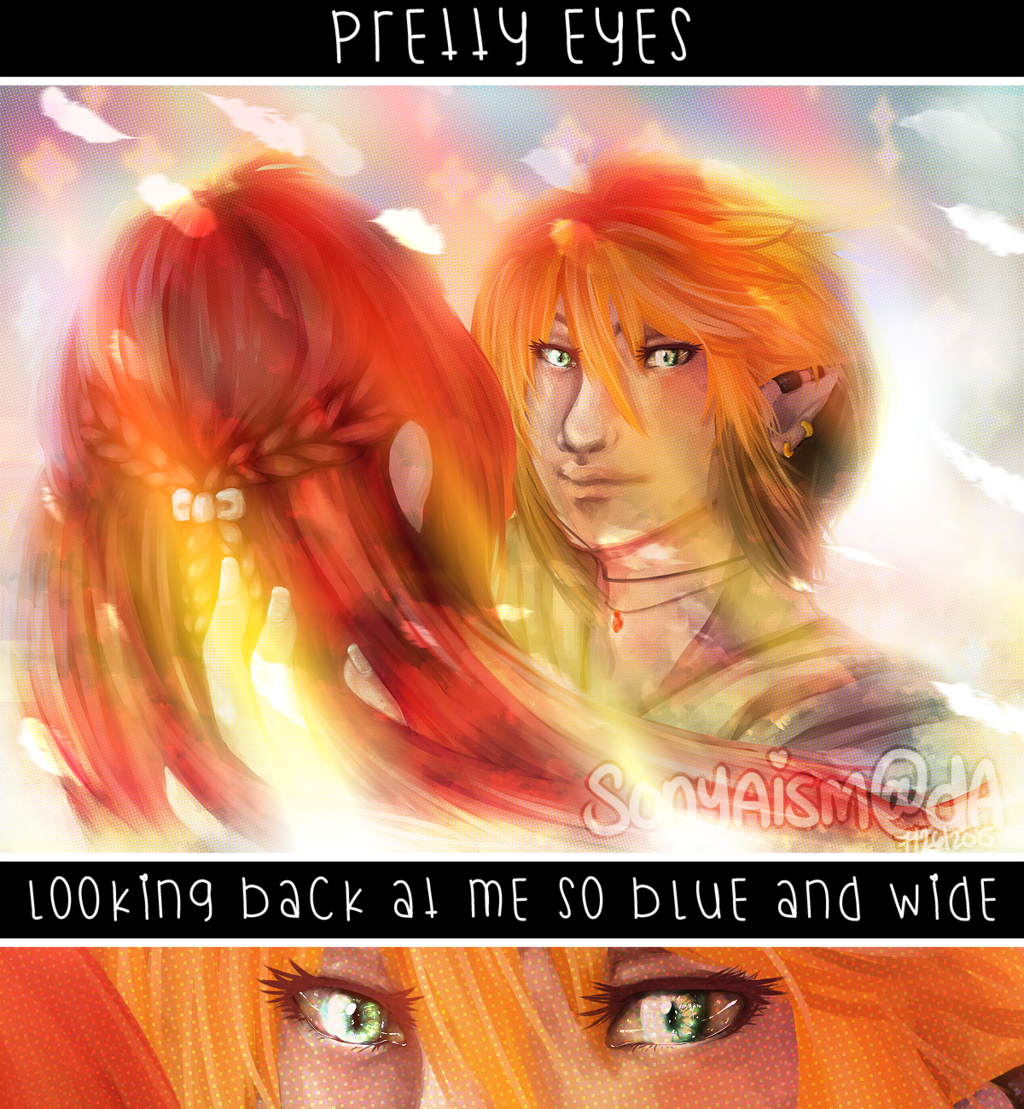 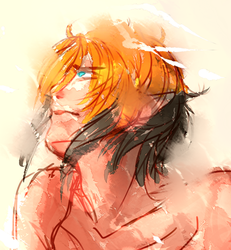 Copied from dA:
Since songs were giving me such inspiration, I revisited one of my favorite cover artists: Alex Goot!
He's been such a favorite since I discovered collaborations of Sam Tsui and Christina Grimmi along with Kurt Schneider.

Alex Goot produces his own original tracks as well. Pretty Eyes is one of them. I never listened to it before and gave it a try. I instantly fell in love and thought of, again, my story, Phoenix Gate.
Please go check out his other songs. My all time favorite is Lightning. <3

Airion usually does not have two blue eyes. One has a fiery coloration while the other is ice blue. This scene takes place sometime after Airion comes to terms with his split personality: Noiria. He's accepted both the good and bad about his mixed-blood. So now he flickers between a pair fiery colored eyes and ice blue eyes depending which powers he is tapping into--also if hes feeling a little naughty. ; ) Noiria always had all the naughty quirks so of course he'd feel incline to keep the feelings up. LOL Sorry for the poor and quick explanation. JUST TOO LONG TO TELL YOU ABOUT THIS BABU. OTL So it probably sounds dumb. :'I;;;;;

I included a close-up view of his "pretty eyes" below. ENJOY THE EYE CANDY. <3