QUARTER OVER!!! Also Steven Universe Is Awesome, And You Should Totally Watch It by SonicSpirit 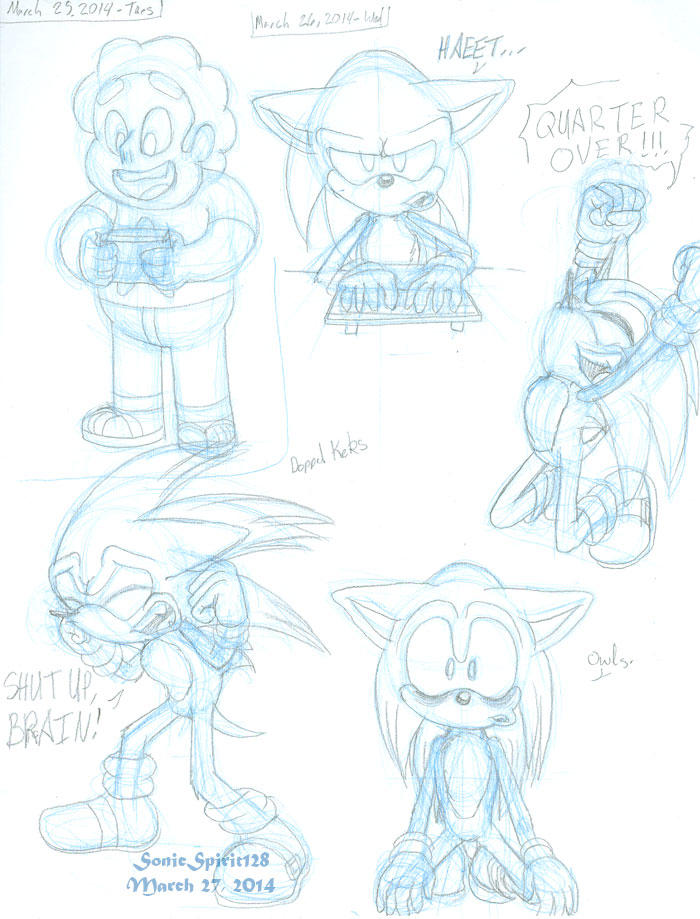 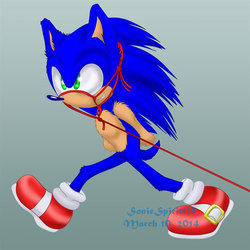 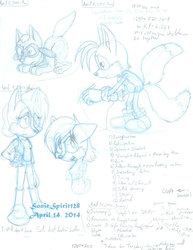 QUARTER OVER!!! Also Steven Universe Is Awesome, And You Should Totally Watch It

HOLY CHAOS, HAPPY. Okay, so the Quarter was over for me last Wednesday, when I drew this page. WHATCHA GONNA DO ABOUT IT. NOTHING, THAT'S WHAT!

Anyway, due to a combination of procrastination and prioritizing other projects more, I kiiiinda put myself in a situation there where I had 5 papers to write in two days. CUZ I'M SMART LIKE THAT. Ack, I am not a fan of paper-writing. Seriously, the best thing about being an art student is most of my finals and assignments are artwork. Big honkin' time-consuming art projects sometimes, but generally? I'd way rather spend 15 hours doing some arts than 3 hours writing a paper. Kinda why I decided to do this whole "arts" thing, really.

ANYWAY! Top left character is Steven Universe from Steven Universe! It is an EXCELLENT show, probably my favorite on air right now! YES, EVEN BETTER THAN PONIES. It's on Cartoon Network, and also available on iTunes! I really can't recommend it enough, it's a fun, beautiful show about a kid who lives with a set of lady superheroes. They're basically raising him and helping him learn about his powers (and how to use them) and heritage, while fully accepting him from the goofy, silly, and often scattered kid he is! Which...isn't anything I'd seen from this sort of show premise before. It's not about "You're the chosen one, be what we want you to be," it's "You're one of us, no matter who you are, or how confused we are by how you act sometimes. We accept and love you." And that's pretty much glorious.

Plus there's a lot of underlying tragedy to compliment the fun happiness of most of the show. For example: Steven is half Crystal Gem. His dad's human, and his mom, as the show puts it, "Gave up her physical form to bring Steven into the world." Basically, she died in childbirth...sorta. He inherited her Gem. But the way it's handled? It's beautiful and natural. Yeah, there was a tragedy that happened. And now we have Steven, and that's a good thing. There's no stupid chosen one narrative, it's just a kid and his awesome, strange family. And it. Is. Beautiful. And seriously? The background art and music? Absolutely gorgeous. So seriously, Steven Universe is awesome, and you should totally watch it.