Thorn vs. Chaos Croc, Part 3: Welcome to the Negaverse by Sonicality 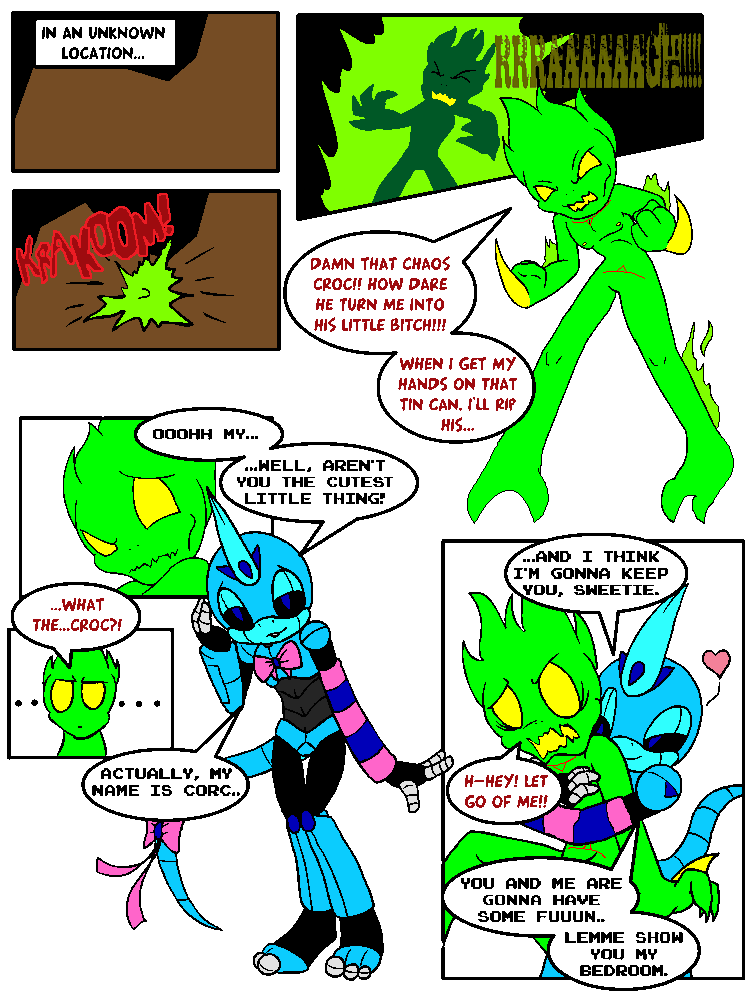 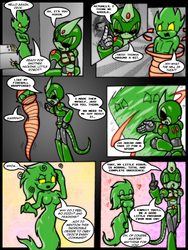 Thorn vs. Chaos Croc, Part 3: Welcome to the Negaverse

In a state of pure, uninhibited rage, Thorn transports himself to an alternate universe (just go with it). Unfortunately, he encounters... CORC! THE GAYEST ROBOT IN THE MULTIVERSE! He's the alternate-universe version of Chaos Croc, and while he may not want to turn Thorn into an enslaved woman, he clearly has plans for our hapless antihero... what will come of their forced union!?

This is my little "Producer's Cut" version of a commission from

He did the original lineart, which I corrected, modified, and colored (poorly, because this is also old and before I was any good at that.)