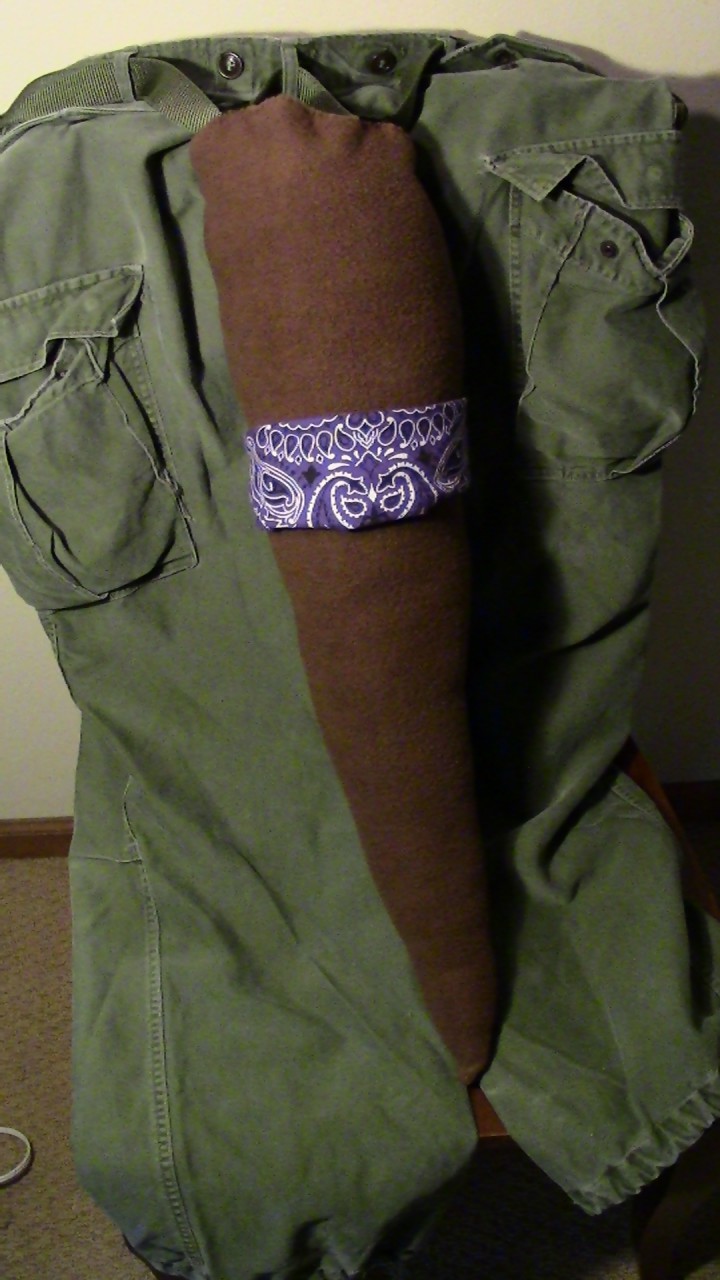 So this is the tail / pants combo. The concept of the otter is an outdoorsy / adventure theme, so I raided my stash for some vintage Korean war era OD Green pants. The ties are in the cargo pockets. I'm using an old OD Green belt, but I may swap that pre con.

The tail itself is brown polar fleece, completely hand sewn. I did the whole thing "by eye", and it's not NEARLY as long as I wanted but it's more that sufficient to be a "thwappng hazard". I even got it to sit right for an otter tail, as well as gave it a nice curve. I also hand-sewn some velcro ™ strips on the base of the tail, and the belt is what holds the tail in place. I can swap the tail to any pair of pants I want, and be good.

Then I added a purple bandanna for many reasons, one of which is my personal amusement of an otter with a bandanna on it's tail.

If you want other pics, lemme know and I'll snap a few more. This is just done fast.